God of War III finishes your story of revenge on the PS3 with a refining of the all mechanics you’ve already seen in the previous God of War games. 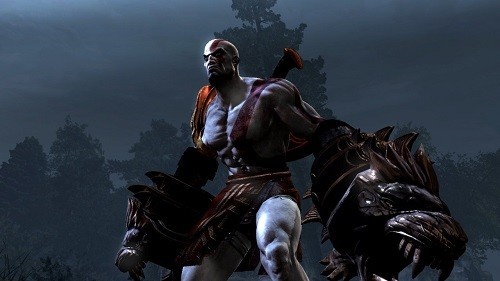 With Kratos still at the centre of the game you’ll have an adventure just as brutal and unforgiving as the first two Game of War games. All the Greek mythology is also there with players still seeking the defeat of Zeus to bring an end to the reign of the Olympian Gods.

This adventure starts in a very climactic way as players reach the top of Olympus only to be beaten down into the underworld and have to escape from the Underworld before making your way back to the peak of Olympus. As a God of War game this journey is filled with a tonne of boss battles that will test your skills, patience and brutality.

The environments, Kratos and enemies all look stunning which breaks the world to life as you cover it in the blood of your enemies. There is still the odd lacklustre environment but as these are few and far between they are easily forgiven in a game with so much environmental variety.

Your favourite weapons are all there and can be used in a host of new devastating combos and finishing moves. Switching weapons has been made easier to make combat more fluent but it would have been nice to see a few more interesting weapons experimented with for the final game in this story arc. Magic has also been redone by linking it to weapons with the goal of simplification, making it more usable without slowing the game. 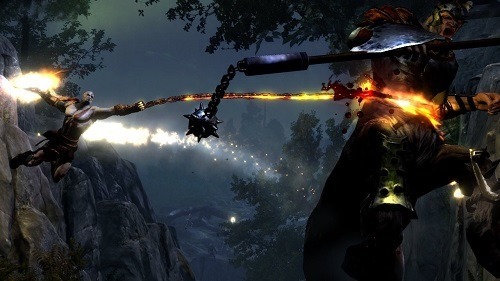 Puzzles seem to also have been altered with this in mind with less puzzles to enjoy during combat sequences with a focus on making them more separated. Players will particularly enjoy the distinct lack of box moving with some interesting puzzles albeit easy ones.

God of War 3 is the game that fans deserve, it doesn’t try anything interesting but does deliver the brutal combat and impressive boss battles that you’ve been craving for since the last God of War addition.

Games Finder is a Steam Curator and featured in the aggregate review scores data of MobyGames and Neoseeker.
FEATURED ON
Games Like Bloodborne, Games Like Darksiders, Games Like Devil May Cry, Games Like Dynasty Warriors, Games Like Shadow of the Colossus
LEAVE A REPLY Cancel Reply