Goliath blends action adventure combat mechanics with sandbox crafting elements to create an interesting quest driven title. Goliath will have you stepping into your own robotic creations as you jump from fragment to fragment in the varied game worlds. With a variety of these robotic behemoths to craft and utilise some of which directly counter certain enemies Goliath ensures you’ll be trying them all out to some degree.

The setup for Goliath sees players crash landing into an unknown and hostile environment. It quickly becomes apparent that players are no longer on Earth and now find themselves on the first of many pieces of a fragmented world. Thankfully though players possess an understanding of and the tools necessary to create mighty giants known as Goliaths. 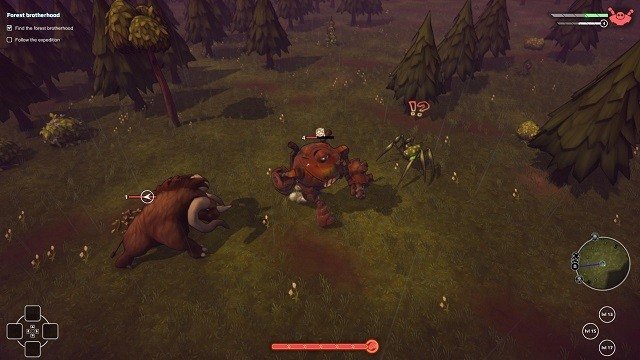 Made from various basic, uncommon and rare resources that are conveniently available across the fragments. These Goliaths are absolutely vital to your adventure with the players own combat abilities severely limited to a short invisibility skill and a revolver capable of stunning enemies for a quick escape only along with reduced survivability.

Goliaths on the other hand are durable and deadly machines and come in four core Goliaths with their own strengths and purpose. These base models can then be further customised with unique variants that have differences but require experiments to be completed for unlocking. For example your first unlock is the Wood Goliath which is a nimble fighter but susceptible to fire. However, its coal variant flips this around to where it activity lights enemies on fire around and is repaired in hot environments. 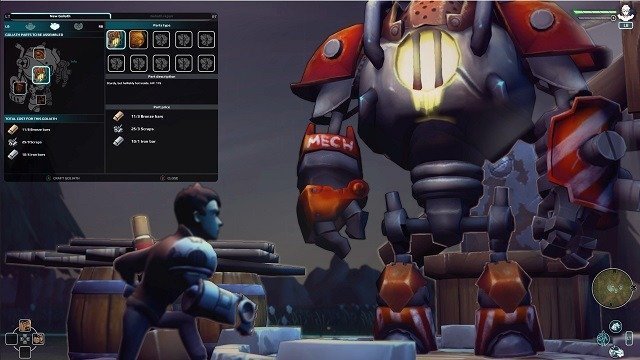 Other core Goliaths include stone, metal and crystal with a further 4 types available in the free Goliath: Summertime Gnarkness DLC alongside a range of epic heads to provide unique powers. With stone able to block damage for a period of time, thrives in high temperatures and even rams into enemies. While metal specialises in reflecting projectiles, is weak to water but has a devastating missile launch attack. Finally crystal can teleport and shoot lighting at all enemies at the highest of character levels.

Progress is handled in a number of ways in Goliath, on the one hand you’ve got resource requirements for everything you build which must be scavenged from the environment, taken off slain enemies or traded from one of the available factions. Secondly, you’ve got the quest lines which slowly unlock new crafting recipes and finally a level system which sees you getting access to more powerful Goliath moves amongst other things with every level up. 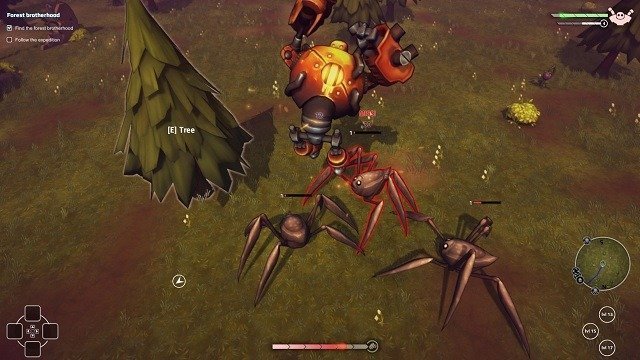 Players will find that the early levels in particular move along quickly as you explore the vast map of each location for hidden treasure chests, pummel various enemies and return to base for upgrades. Ultimately this creates an enjoyable game on the surface and that satisfying feeling of jumping into a large robot never disappears although your unlocking of new fun tools through levels does slow down throughout the mid game.

The game is not without a few other minor nagging issues with the likes of inventory management, camera angles, lack of powerful audio and conversations with NPCs making the game feel a little disjointed.

This review was first published on June 6, 2016. Read our update policy to learn more.