Gotham City Impostors is a multiplayer FPS game developed for Windows, Xbox 360 and the PlayStation 3 (console servers subsequently shutdown in 2014). The game originally launched as a paid title but went free to play for Windows which saw the player population grow rapidly. The game has great humour in its gameplay and offers a light hearted experience in line with something like Team Fortress 2. 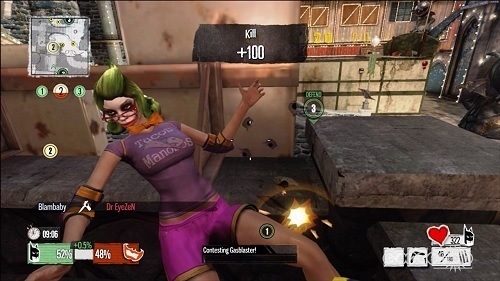 The game is a multiplayer only experience with players battling others with all the features you would expect to see in a modern day first person shooter. One team will be dressed as The Joker while the opposing team will be dressed in Batman style suits. Many of the maps are inspired by the Gotham universe such as the map that takes place on top of Bruce Wayne’s manor.

Combat takes place on a variety of maps which support up to 12 players at any time. The maps are on the smaller side in comparison to other games in the genre which creates a fast paced experience without feeling crowded.

Gotham City Impostors excels by offering a huge amount of character customisation and a crazy number of unlocks and levels for players to advance through. Thanks to the online ranking systems on the website players also always have something to aim towards if you love to be competitive with others. 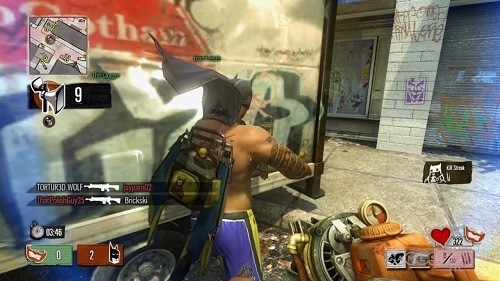 Customisation will take you a life time alone to explore in Gotham City Impostors with options for your characters weapons, camouflage, support items, gadgets, fun facts (perks), rampage bonus, costumes, hair, face, body types, voice and even your psych profile. While most of these elements have a direct influence on gameplay some are purely cosmetic.

The amount of choice in Gotham City Impostors puts it leagues ahead of other free to play options. The pace that you’ll unlock these choices is perfectly balanced to give you that constant reward feeling.