Gothic II is the sequel to the first cult classic hit Gothic game and builds on the foundations set by the original to once again give you a high quality RPG with ample amounts of choice and role playing mechanics. The game is again set in the medieval world of Khorinis but expands the games reach to plenty of new locations and associated NPCs for players to explore and quest. 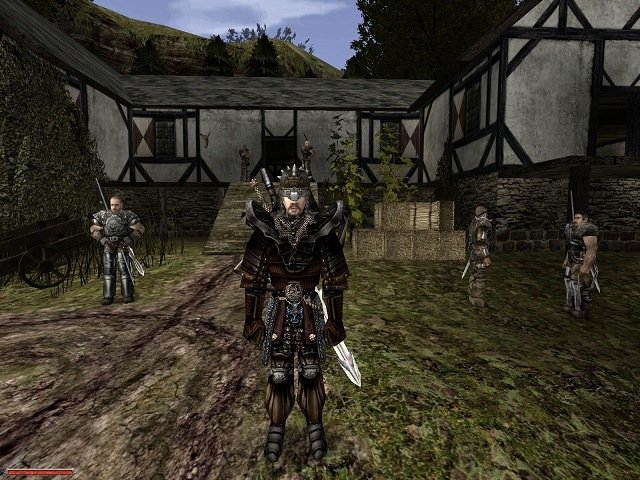 Gothic II has a single expansion pack available (Night of the Raven) that unlike other expansion packs is linked directly into the centre of the main campaign rather than being additional content for the end of your adventure. For this reason players are recommended to get the expansion at the same time as the core game if they wish to experience it at its best through the Gothic II: Gold Edition.

Gothic II continues the story from the original game and takes place after the barrier around the mining camp that was central to the first game has fallen and resulted in the key ore supply drying up for the realm. In order to secure the ore the king sends a large number of paladin troops to the island who fight through some of the escaped prisoners who have now raided or settled the surrounding area. This is not the only event currently unfolding prior to Gothic II though and during this time a new evil has been introduced with the player again finds themselves in the middle of this battle between good and evil. This time around the evil is led by a group of powerful dragons and the player quests to learn more about their motives and ultimately stop them entirely with players gaining the ability to converse with them directly during the campaign. Complicating matters is the near state of civil war that Khorinis finds itself in while still engaged in a war against Orcs. 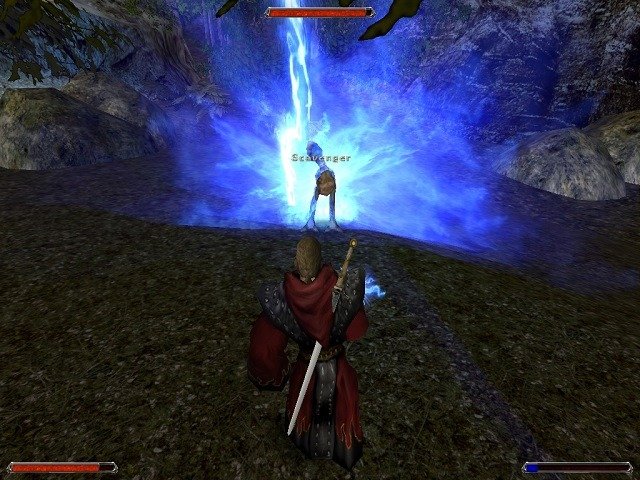 While some of the old locations return they are mostly limited to the early parts of the game where you return to the mining camp that is now in ruins. Instead the bulk of your adventure set in the new game areas outside the original bubble where you’ll explore forests, swamps, farms, mines, caves, towns and castles.

On the gameplay side of things fans of the Gothic series can expect much of the same with Gothic II with an abundance of role playing options that result in a realistic game world. The same varied approaches to combat are also there with plenty of new skills and magical spells for the six circles of magic to use in your arsenal and allows magic to be of greater viability as the sole approach for those that want a challenge. 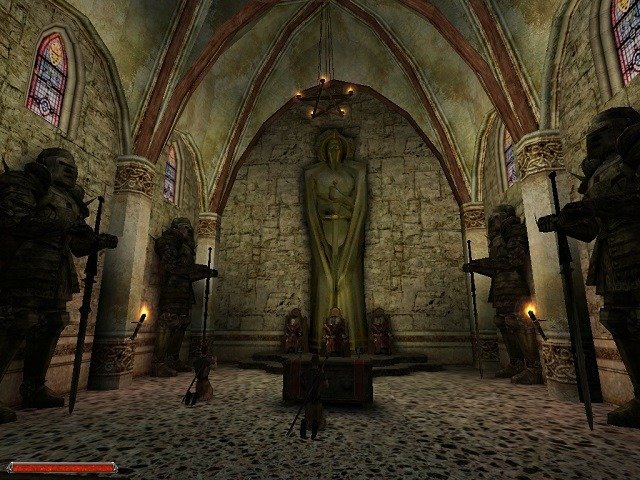 For the player that takes the non-magical approach you’ll find a familiar investment in strength for melee weapons and dexterity for ranged attacks. Crafting also makes a return and forms a greater part of the gameplay than in the previous instalment allowing you to craft most of the useful weapons and armours of Gothic II.