Gothic is a classic fantasy role playing game that was released back in 2001 with the success of the game spawning an entire Gothic series of similar fantasy titles. With a robust storyline filled with quests and complex NPC relationships its a world that was expanded with each new title in the franchise while also uplifting the core mechanics. 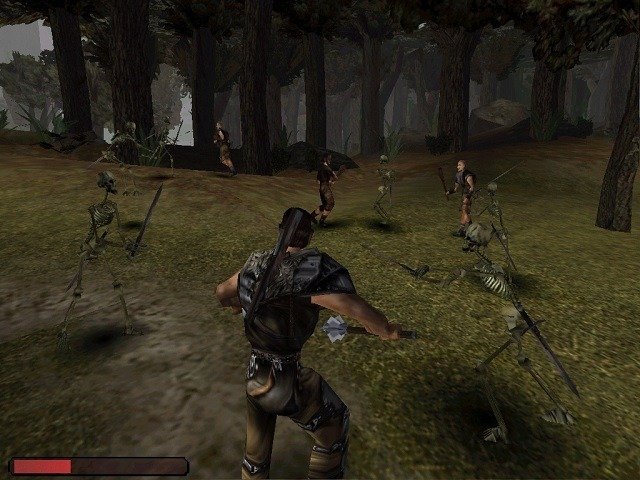 The setting in Gothic is reminiscent of most modern fantasy RPGs like Skyrim with a medieval game world filled with humans and various other races that have their own towns, specialisations and game lore. Starting off the Gothic series the first game follows the war that is currently underway between humans and Orcs with the humans slowly losing ground over a series of battles. It is at this point in the war that the king decides to rely on the magical power of a rare mineral and decides to send the convict population to mine this mineral from the ground.

In order to cut off the prisoners and the mining operation for safety the king uses his powerful magicians to create a protective dome over the colony which eventually expands out of control and encompasses a larger area than intended. This disaster leads to the convicts gaining control of the area and splitting up into several groups with their own agenda. As the player you are caught in the middle of this struggle as you play one of the prisoners now trapped in the mining colony. After aligning with one of the prison camps you’ll follow a plot full of twists, turns and mystery where your choice of camp greatly impacts your early game experience. While other story decisions also impacting the world around you there is some replay value to be had in Gothic but eventually all the story paths you take blend to a shared end game. 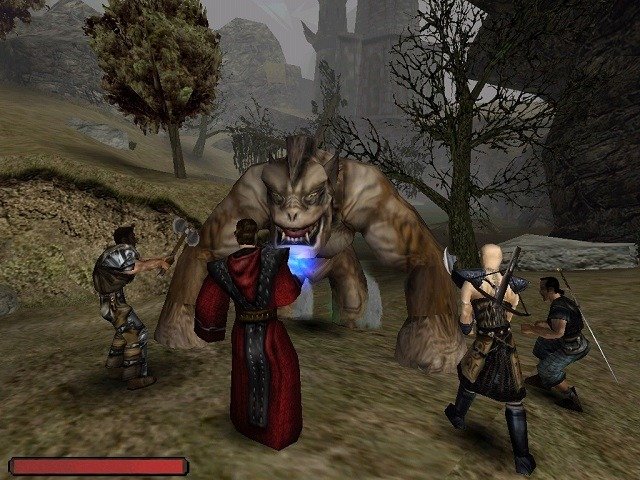 In terms of gameplay Gothic has everything you’d expect in a role playing game and is played from a third person perspective as you traverse the fantasy locations and interact with the NPCs and accept their associated quests. Many of these quests will see players engaging in combat which can be approached with a variety of melee weapons, ranged weapons or rely on magic which comes with 6 different magic types to master.

For melee you’ll equip literally dozens of items from the basic short sword or sickle to powerful hammers or maces that have their own damage and strength requirements while bows and crossbow ranged weapons rely on the dexterity statistic instead. Armour, amulets and rings offer similar levels of diversity and can be used to increase your protection against weapons, arrows, fire and magic while boosting stats like strength, dexterity, mana and health.

Mana is of course key for those taking the magical route with the six circles of magic offering increasingly deadly options through runes although scrolls provide one time use spells for even those not investing in magic for their character. Uniquely in Gothic you’ll find normal spells that use a fixed amount of mana alongside a fairly large list of chargeable spells that let you bolster their damage by increasing the mana they use by charging the spell first.

Gothic isn’t short on activities outside of combat though with players able to forge weapons, play musical instruments, cook their own food and even urinate in the game world which takes the RPG side of the game to a whole different level and ultimately set some impressive foundations for a great role playing series to come.

This review was first published on April 26, 2013. Read our update policy to learn more.