Bringing across the popular battle royale formula to the mobile universe is Grand Battle Royale a game for both iOS and Android gamers to play for free. Offering the same massive multiplayer online arena style of games that have come before on other platforms Grand Battle Royale aims to offer an experience akin to those larger budget titles. 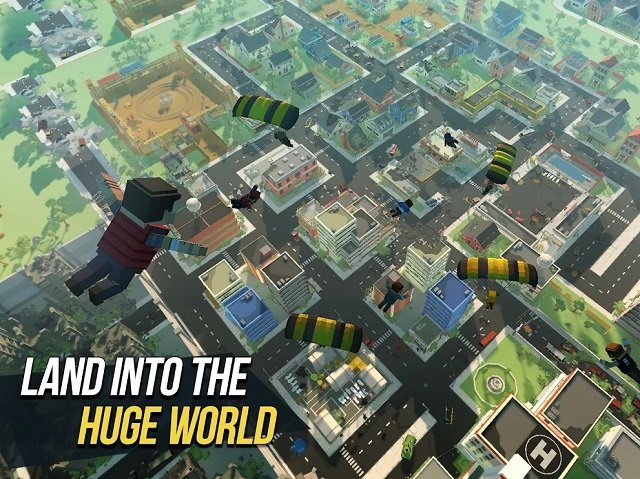 Spawning into the game world in a random location Grand Battle Royale follows the format of similar titles with players acquiring melee weapons and guns littered across the landscape and using these to take out every last enemy and claim victory for yourself. The constantly decreasing game area size is also present to ensure games are quick and efficient by funnelling players into a smaller game area as time passes. Pairing this with supply drops that encourage players to contest the useful loot within which are dropped periodically to give players an option for potential ambushes. While you won’t have to fight through the triple digit numbers of large PC and console battle royale titles the smaller two dozen odd foes results in a quicker gameplay loop which is ideal for the mobile market.

Guns all feel different in Grand Battle Royale with the usual array of sniper rifles, assault rifles and shotguns being useful at different ranges while coming with their own appropriate sounds and ammo capacities that make them effective at different tasks. While other unique weapons like fire axes and nail guns are included weapons spawn readily enough that players will rarely need to rely on them apart from the initial game drop. The rarest of all items though are the health packs which can quickly return your health to full from shooting or being outside the barrier for too long. 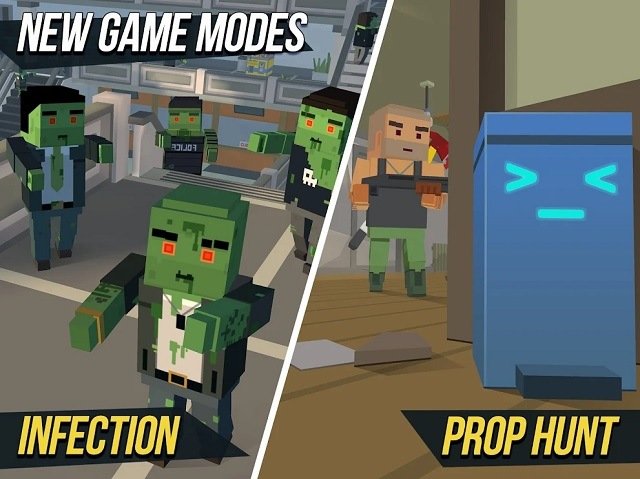 Visually Grand Battle Royale adopts blocky textures which are perfectly suited to the mobile environment and do a reasonable job at bringing the post apocalyptic city, crashed plane and even trailer park to life on your mobile screen. You’ve got a few control annoyances to deal with which mostly revolve around getting stuck on objects or climbing ladders but overall the controls serve their purpose. Those familiar with mobile control schemes you’ll unlikely even notice some of these minor frustrations.

The culmination of your efforts in each game is a stack of cash for efforts which is then spent to purchase skins for your character to customise your visual appearance in game and provides that sense of overall account progression as you show off to other players. 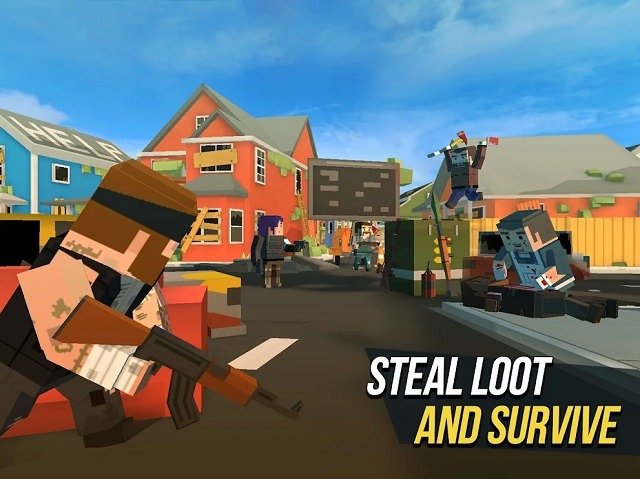 Outside of the core battle royale mode on offer where you’ll run away from the ever encroaching Blue Zone Grand Battle Royale has two other game modes on offer. This includes a hide and seek mode where one team has the ability to turn into objects while the other team hunts them. A zombie infection mode is also available that starts with one infected player with the goal to try take over the entire lobby with infected. With each kill the infected obtain their victim will turn into an infected that results in an exponential challenge.

Games Finder is a Steam Curator and featured in the aggregate review scores data of MobyGames and Neoseeker.
FEATURED ON
Games Like Fortnite, Games Like H1Z1, Games Like PUBG (PlayerUnknown's Battlegrounds), Games Like Unturned
LEAVE A REPLY Cancel Reply