Grand Theft Auto IV is the 2008 release in Rockstar’s popular series of open world adventures that let players experience a life of crime. Like many of the games before it Grand Theft Auto IV launched for consoles first with a Windows release a few months later. 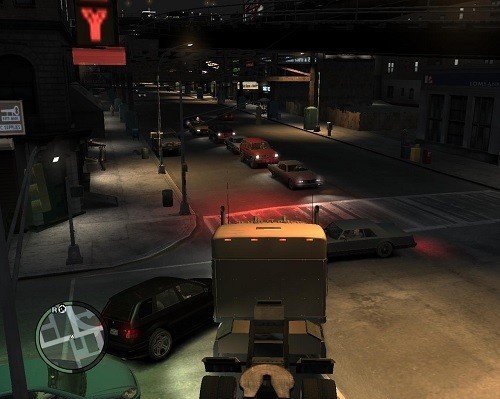 This time around players will get to explore a version of LibertyCity that is split into four districts resembling the real world. In this city you’ll take control of Niko Bellic who arrives to chase the American Dream in this strange new city. You’ll be joined by your cousin Roman as you deal with criminal gangs and take on a number of odd jobs to get by.

Gameplay returns to the third person perspective of previous games that followers of the franchise will recognise instantly. A huge open world environment also returns with no shortage of landmarks and exploration elements. To help you get around this large world players can use (and hijack) plenty of cars, bikes and even boats depending on the situation.

While much of the world is open right from the start certain areas are closed off to the player until certain storyline missions are completed. Players are free to unlock these at their own pace though as there is no shortage of side quests or activities to fill in your game time. 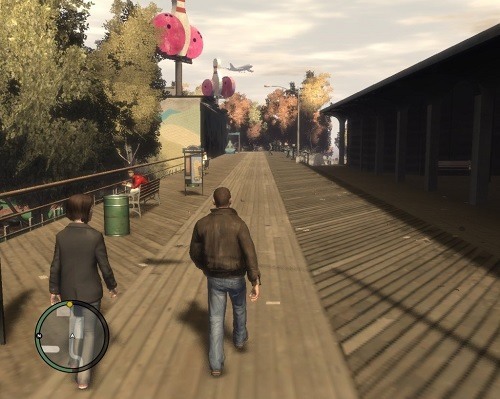 Grand Theft Auto IV takes a leap into the new age by introducing a mobile phone and the internet to the series. This opens up plenty of new missions based on using your phone and also streamlines the process of receiving new tasks. Players are even able to call characters for advice or request a particular service from a friend. While the internet elements allow you to visit websites, access databases and even get junk mail just like the real world.

Overall though with very few new mechanics Grand Theft Auto IV is more about the fresh setting and story rather than an innovation to the franchise. This isn’t necessarily a bad thing as it’s all extremely polished and definitely worthy of the GTA name.

This review was first published on December 30, 2013. Read our update policy to learn more.

Games Finder is a Steam Curator and featured in the aggregate review scores data of MobyGames and Neoseeker.
FEATURED ON
Games Like Bully, Games Like Just Cause, Games Like Mafia, Games Like Saints Row, Games Like Sleeping Dogs
LEAVE A REPLY Cancel Reply