Grand Theft Auto V continues the popular open world series and takes it into the next level with plenty of innovation. The game is one of the most fully fledged games in the genre and feels like an actual living game world. On top of the single player gameplay a vast world of GTA V Online also exists expanding potential gameplay even further. Online game modes even include a Battle Royale inspired Motor Wars. 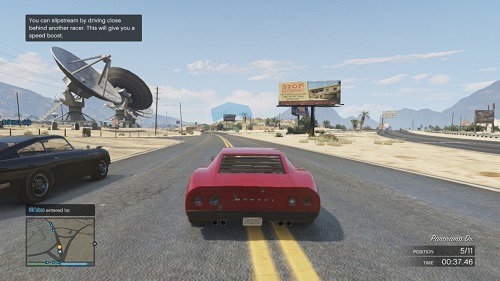 One of the most notable innovations is the introduction of three main characters that players can seamlessly switch between during missions. Each of these characters have their own story and background and will grow differently throughout your GTA adventure (with eight different skills). These skills control basic actions like driving and shooting but each character has their own special skill that is unique to them.

This time around players will be exploring a Los Angeles inspired city known as Los Santos. You’re main story missions will have you attempt to pull off six large heists for a series of massive scores that will raise you to a level of wealth you never dreamed of.

Gameplay is fairly in line with previous games in the series on the surface but has plenty of hidden tweaks and improvements that push the game to the next level. All the usual elements are there that fans are well accustomed with by now with semi regenerative health, auto-aim, cover, wanted levels and plenty of driving. 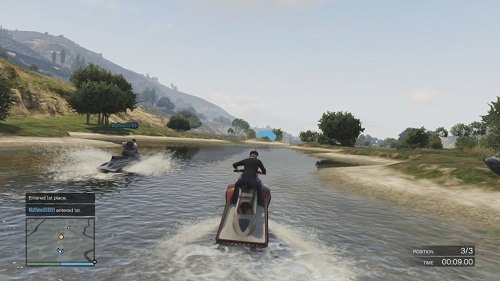 Outside of the core missions players will find a world of discovery just waiting. Grand Theft Auto V introduces many activities that make the world feel more alive, this includes going scuba diving, playing golf, connecting to the internet, buying homes and even dabbling in the stock market.

If you’ve been following the series since its inception or been waiting to take the plunge into the series you’ll really like the direction that Grand Theft Auto V has taken, offering a game world that has scale well beyond anything else that has ever been designed in this genre and gaming in general.

Games Finder is a Steam Curator and featured in the aggregate review scores data of MobyGames and Neoseeker.
FEATURED ON
Games Like Bully, Games Like Just Cause, Games Like Mafia, Games Like Saints Row, Games Like Sleeping Dogs
LEAVE A REPLY Cancel Reply