Sharing the same name as a vital part of the brain Gray Matter is a point and click adventure that involves a number of puzzles and investigation skills to uncover the true story at play. Gray Matter is available on Windows and Xbox 360 which also gives it a point of difference as one of the few console games in the point and click adventure genre which has historically avoided the console market. The game was released in 2010 in a number of European countries and eventually was translated into English in 2011 after the European critical success. 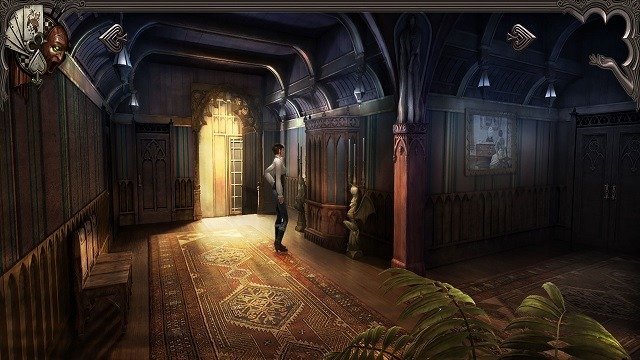 Set deep within London Gray Matter is primarily set around Oxford University and other real world locations such as the Carfax Tower which all are marvellously recreated in the world of Gray Matter. Centred around the adventure of Samantha who is an experienced magician and street performer who is joined by David Styles, a renowned but strange and mysterious professor.

Said adventure begins with Samantha (or Sam) driving through the country landscape before her bike breaks down which leads her to take shelter within David’s mansion where the strange mysteries begin. Subsequently joined by other ‘test subjects’ you’ll assist David with his research as you unlock locations within the mansion which tie into the mysterious aura of the building and David himself. 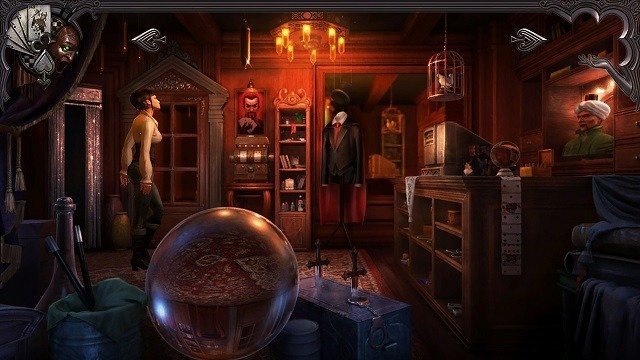 At the heart of these are experiments that border the line between innocent research and darker intentions which are conducted with your help on six willing participants. All of these have links to the human mind and our understanding of reality with a split across 8 large game chapters where characters are slowly revealed and developed alongside the scientific element of the game. This structure also allows the game to integrate bonus objectives into every chapter for those that really want to explore every inch of gameplay that Gray Matter has to offer.

The gameplay in the Gray Matter is entirely a point and click experience with players able to interact with the game world by talking to the NPCs, making decisions (although these have limited to no impact on the overarching story), completing puzzles and picking up items. You’ll control Sam for most of your adventure but do occasionally play as the professor although this does not change the gameplay experience significantly and is merely done for certain game sequences to provide that secondary character perspective. 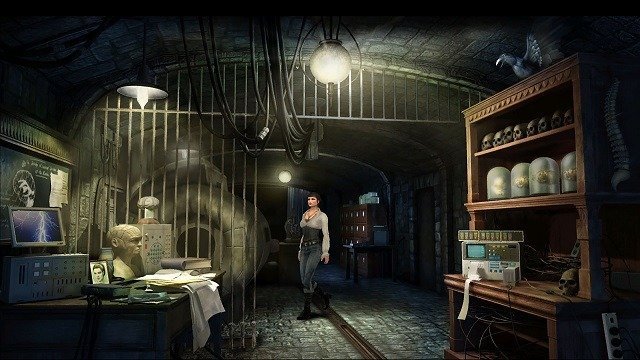 Gray Matter really shines thanks to its puzzle variety which is well beyond most other puzzle titles with very few repeating mechanics across the 8 chapters. The puzzle types include visual puzzles, word games, riddles and even magic tricks which plays into Sam’s character perfectly. The trade off though is that puzzles in Gray Matter generally lack difficultly to them but does help avoid frustration and pairs nicely with the more directed point and click story telling for a casual game audience.

This review was first published on October 1, 2014. Read our update policy to learn more.