Great Big War Game is a 3D turn based adventure originally designed for mobile devices and brought across to Windows through Steam. Designed to take hours to complete the core story spans over 50 campaign missions where you’ll utilise tactics, unlock new troops and win the war one turn at a time. Along the way Great Big War Game takes players across countless environments with their own strategic considerations which also carries over to the skirmish and multiplayer options with a vast array of maps and even cross platform multiplayer. 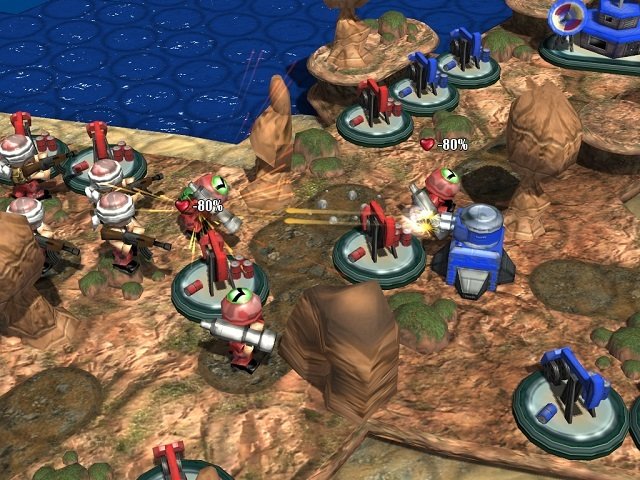 Keeping things simple Great Big War Game gives players control over the blue army as they battle their ongoing rivals the red army for map domination. Commanding you forward is the ever ridiculous generalissimo as you take on the role of Jenkins, a blue lieutenant who takes on the endless military orders one campaign level at a time. Just like a real strategic war these objectives vary in between levels with your commanding generalissimo requesting players to take over an enemy base, assassinate an enemy general, or simply make strides on territory ownership.

In order to achieve these vast objectives Great Big War Game employs a fairly typical turn based tactical interface where players command a mixture of units with their own strengths across the individual level environments. As a turn based game your options during your turn include unit movement onto vacant squares or alternatively attacking the enemy directly provided they are in unit range. 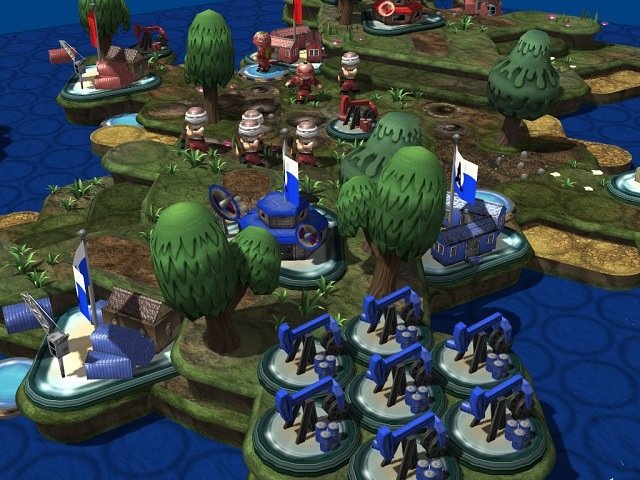 Similar to Advance Wars units that are attacked are given a small window to counter attack although with reduced units and damage which results in Great Big War Game favouring the aggressor in most situations. It is still a fine balance to achieve though with the campaign level designs encouraging players to leverage terrain, height and key choke points to pressure the enemy while advancing forward to your objective.

While in total Great Big War Game offers around two dozen units across land, air and sea the game regularly leans on its core units with certain units often being underutilised across the campaign. This is compounded in particular from the battle points upgrade system which allows you to improve your unit overall strength which has the advantage of offering some progression although the negative of narrowing your number of viable troops further. A further complication in this regard is the in app purchases on the mobile game version which is on top of the initial game purchase and locks some troops behind an unnecessary paywall. 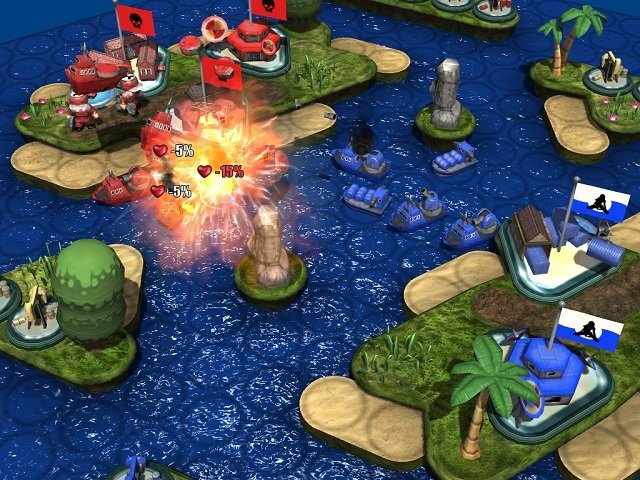 On the other hand though the skirmish and multiplayer modes open up unlocked unit choice more broadly and allow even the niche units to see a bit more playtime although the age of the game and the small community does not make multiplayer opponents a guarantee. Regardless Great Big War Game is still a fantastic light strategy game that doesn’t take itself too seriously while still offering strategy gameplay at heart.