Grepolis is a free to play strategic based MMO that was originally designed for browser based play in 2009. With the growing mobile market though Grepolis made the successful leap to iOS and Android apps which has allowed the game to live on beyond its original design by captivating a solid portion of the MMORTS market on mobile. Pairing this with the successful browser experience Grepolis holds one of the most active and largest communities in the genre with a consistent track record for maintaining a user base over the long term which in the saturated market speaks greatly to the game experience. Part of this experience stems from the consistent regular updates and the well designed user experience across all game versions to make Grepolis as engaging and as free from barriers as possible. 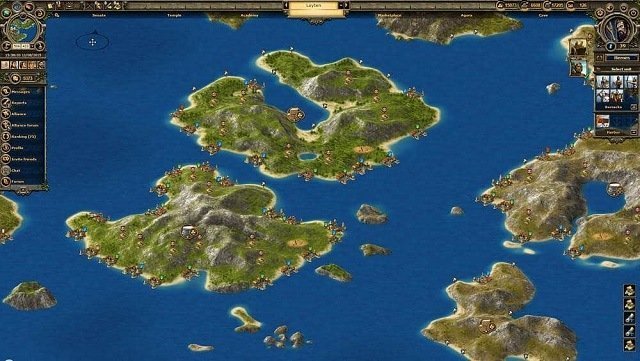 Opting to step back in time like many other titles in the MMO strategy space Grepolis takes place in an ancient Greek setting and follows a fairly standard strategy formula that will have you collecting resources, constructing buildings and eventually amassing a historic army to fight other players or raid NPC controlled cities. The game world is split into a series of islands which the player will share with others and a few NPC cities to create a mixture of experiences. Grepolis even allows players to expand their empire by founding new cities on different islands which helps to create that sense of growth while countering issues other games have where abandoned accounts in your immediate area can hurt your overall game experience. Grepolis also is designed to actively encourage this expansion by linking each island to a different resource gathering rate for the various resources.

Resources in Grepolis are focused around the 3 basic resources of wood, silver and stone which are harvested from your timber camp, silver mine and quarry respectively. Accordingly to establish a strong foothold players will need an island that specialises in each of these resources or alternatively attempt to find a balanced island, although these are exceedingly rare but do serve as a great starting island provided you have a little bit of luck during your account creation process. 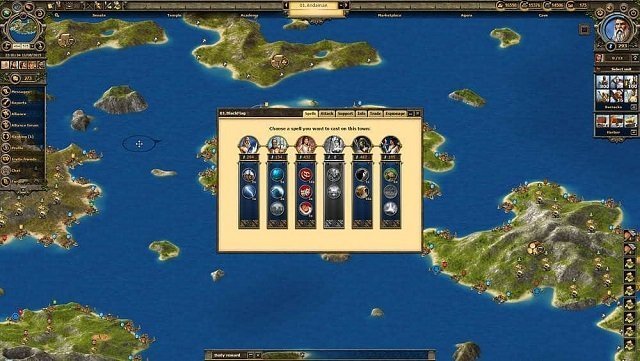 In addition to these basic resources players must also generate divine favour and research points from the temple and academy which can be built during the early to mid game to add that extra layer of depth once you’ve built up your foundations. Divine favour allows you to call upon dozens of powerful spells from the gods themselves while research allows you to introduce a number of technologies into your civilisation to improve economic or military efforts.

Grepolis gameplay is slightly different from other games and helps break down the huge learning curve of these similar titles by splitting your control into a number of constructed buildings. By visiting a particular building in your town you will be able to control actions associated with that building rather than some overall game menu to hold all of these activities. This also has the benefit of feeling more realistic as you bounce between buildings to take action such as the senate holding all your building information and build requests while the marketplace handles all trade negotiations. 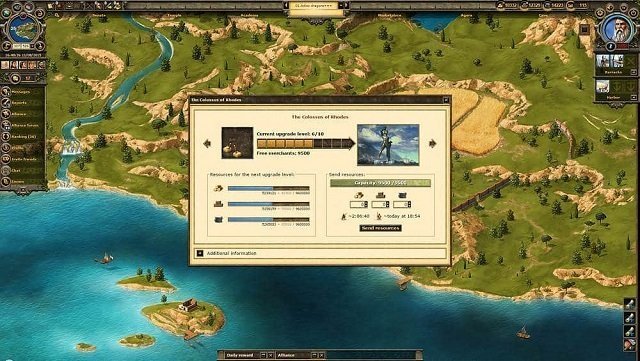 The popularity of Grepolis over the last decade is well deserved with its unique elements and general quality which allows it to beat out a large majority of other titles in the genre.