Grim Dawn is a dark themed action RPG akin to the likes of the popular games in the genre (Diablo and Titan Quest) that seeks to build on the fundamentals that these well known titles have mastered. Released in 2016 your setting for this ARPG is a blended apocalyptic and fantasy world where humans are nearly extinct and fighting over the limited resources that remain with plenty of opportunity for players to establish a name for the complex dual class character you develop. 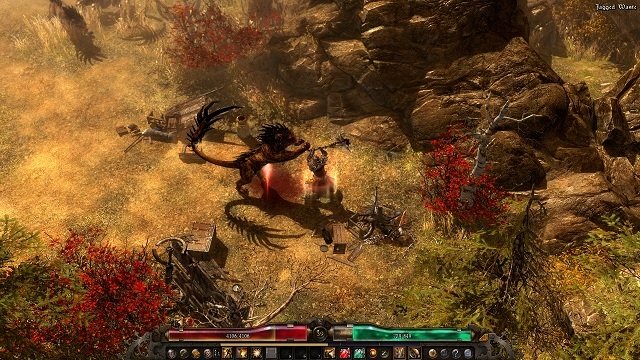 Set in the dark and war-torn world known as Carin players find themselves exploring an empire in ruin which is a mere shadow of its past thriving self. This breakdown has occurred due to the relentless war between Chthonians and Aetherials who battle against each other with humans stuck in between these other worldly foes. On the one hand you have the Chthonians who are intent on complete destruction of the human race and the other (Aetherials) that wants to capitalise on humans as a resource to help them win against their Chthonians enemy.

With neither side offering much hope for the human race humanity has of course severely diminished over the decades. Leaving only a few hidden locations of humans across the globe these refugees have been studying both sides in secret to identify a potential weakness. Thankfully that time is now with several of these survivors obtaining unnatural powers from exposure to these powerful beings that may just prove enough to face them. 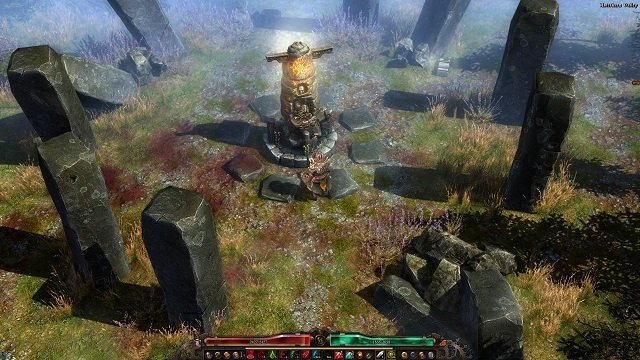 Like other games in the action role playing genre the heart of your Grim Dawn experience is a customised hero with such unnatural powers. Pivotal to this is the dual class system that allows you to mix two different classes (known as masteries) together for a unique adventure of your choice. In the base game you’ll find six such masteries (Soldier, Demolitionist, Occultist, Nightblade, Arcanist and Shaman) with further options available through expansions (Oathkeeper, Inquisitor and Necromancer). As you would expect this mix and match aspect makes for some unique character styles and ensures additional variety for those who wish to play Grim Dawn more than once. Maybe its mixing the Demolitonist and Shaman to create an Elementalist or blending the Soldier and Arcanist for a Battlemage.

Each of these class masteries also comes with their own variety of skills to level up and can be combined with your own blend of Cunning, Spirit and Physique attributes. This all combines with a massive devotion system which provides passive benefits for players that seek out and restore shrines across the game world and round out the bulk of your character specific power level. Layering this with the usual array of randomised equipment that you’ll loot from quests, crafting and fallen enemies it’s a constant cycle of upgrading until the final boss fight in traditional ARPG style. 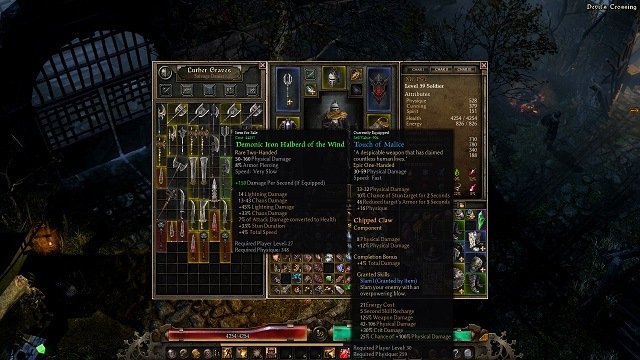 Everything else that fans of action RPG titles would expect is also in the game and every one of these elements is superbly implemented. From the randomised loot drops to crafting, varied monster design, bosses, multiplayer, skill resets, secrets and plenty of advance mechanics for min-max players to explore you’ll find Grim Dawn a rewarding title in the genre.

This review was first published on March 17, 2016. Read our update policy to learn more.

Games Finder is a Steam Curator and featured in the aggregate review scores data of MobyGames and Neoseeker.
FEATURED ON
Games Like Diablo, Games Like Dungeon Siege, Games Like Path of Exile, Games Like Titan Quest, Games Like Torchlight
3 COMMENTS
LEAVE A REPLY Cancel Reply