Grow Home is an adventure where you’ll literally have to grow your own Star Plant to be able to return home one vine-like branch at a time. Selling itself as more of an adventure than a platform title (despite the heights that Grow Home throws at you) this short robotic adventure is focused on the exploration based journey than the sense of challenge. 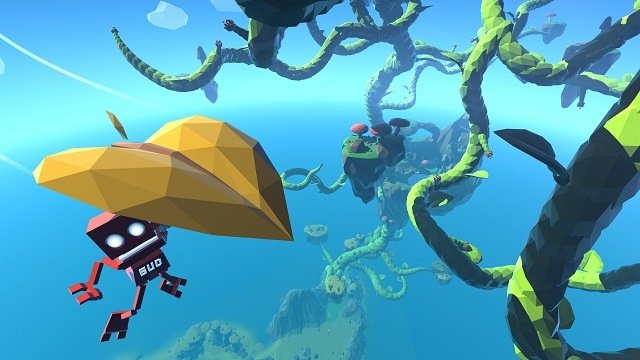 Set in a colourful game world of unique style players control B.U.D. (Botanical Utility Droid) a robotic life form in charge of growing a plant to ultimately oxygenate your home planet. With this massive goal on top of your robotic shoulders you’ll begin your half a dozen hour long campaign. This will take you across an open world with floating islands, strange plants and even stranger animals. From finding a hidden cave to climbing up a rockface and then gliding down the the surface every inch and pixel of Grow Home is beautifully designed.

Controlling B.U.D. does take some getting used to with a unique control scheme that gives you control over each of his hands which is used to grab and push various game world elements. This movement style also creates the strange side to side movement of Grow Home that helps the style stand out even more from similar adventures. 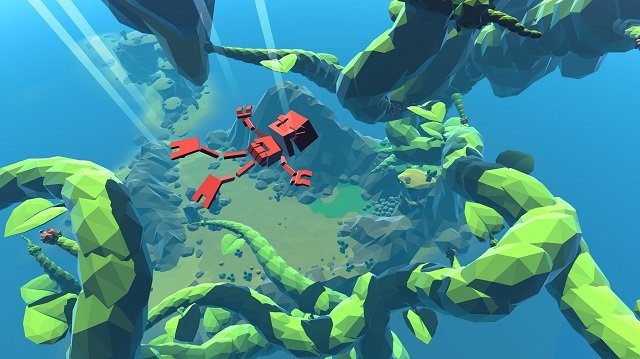 To assist your adventure players will also have the steady voice of M.O.M. who will guide you to objectives and be supportive like any mother should be. This doubles as a fantastic story structure tool to steadily push players towards their objective and prevent them getting to lost in the wipe world that Grow Home presents.

This objective and central to gameplay is the growing of Star Shoots which come out of the Star Plant which the world is seemingly built around. These Star Shoots are used to reach out to the various Energy Rocks to boost the Star Plant growth closer to your ultimate growth objective. 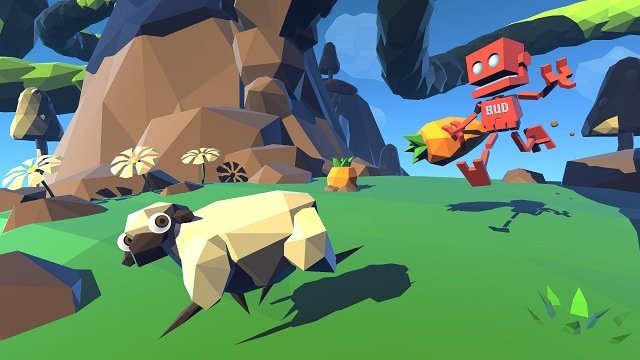 A key stepping stone to this objective is collecting the crystals hidden around the game world which at certain levels will boost your power with things like additional camera control and even a jet pack to make your exploration easier and in turn unlock new secret locations. These crystals will also make a distinct tone when nearby which helps you track down the ones hidden from plain view requiring some small scale exploration and sometimes out of the box thinking. Other game mechanics to assist players include flower parachutes and a waypoint system for teleporting and to serve as a respawn location.

While Grow Home can be short at only a few hours even for the secret hunters it is no doubt an enjoyable time provided you take the time to enjoy every colourful inch of the unique world.

Games Finder is a Steam Curator and featured in the aggregate review scores data of MobyGames and Neoseeker.
FEATURED ON
Games Like Journey, Games Like Slime Rancher
LEAVE A REPLY Cancel Reply