Growtopia is a 2D creative sandbox experience designed primarily for multiplayer and social building for your mobile devices (both iOS and Android). Following the success of Growtopia on the mobile platforms the game was brought across to Windows/Mac and consoles (PlayStation 4, Xbox One and Switch) with predominately the same experience albeit optimised for devices as appropriate. However, console support and servers ceased in mid 2020 and is no longer available on those platforms. 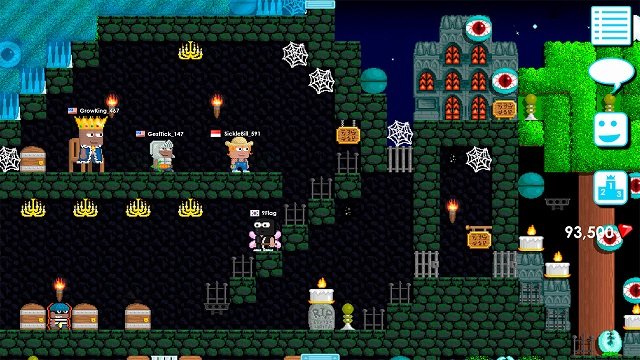 At its core Growtopia is a multiplayer sandbox and platforming universe of endless worlds that players can populate and customise with their own creations. Within a persistent game world Growtopia encourages collaboration between the community and friends to create their own virtual block themed worlds while allowing for everything that you can imagine. Alternatively for those that would rather create alone Growtopia has a number of options and settings to support this should you opt to be a solo orientated player.

Interestingly the key mechanic behind this customisation is known as ‘splicing’ which requires players to plant seeds in a particular combination to turn into something else that you can use in the game world which combined with a familiar digging mechanic rounds out your available tools. Splicing is particularly useful in generating items and with practice can even create useful jetpack trees or the unique lava tree While on paper this splicing mechanic can be difficult to wrap your head around its actual implementation in game and the associated tutorial ensures players are well equipped to customise their own plot of the Growtopia game world transforming it into a house, dungeon or thriving city block. 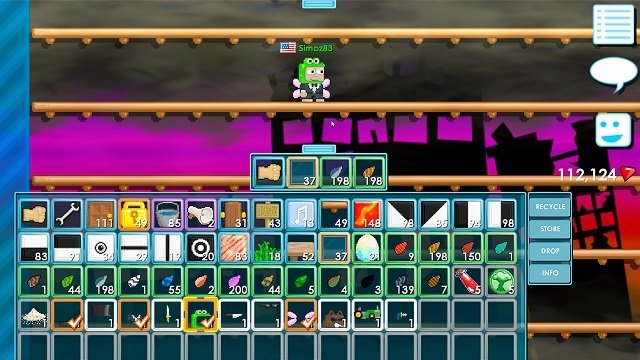 Players of Growtopia will also often create puzzle, adventure or quest driven worlds with the available Growtopia adventure pack. Sharing these creations then allows for a different experience outside of the core sandbox components. With so much to do in the game world you’ll find that Growtopia’s newbie guide is an invaluable resource and worth taking the time to read carefully when you first open up the game as it will save you a lot of time in the long run and can be further paired with the extensive external wiki content.

The feature list for Growtopia doesn’t stop there though with all the chat options you’ll need to make new friends or stay in touch with your current ones and is further supported by an easy to use and intuitive locking feature that lets you lock down your creations to keep them safe from griefing players or accidents. 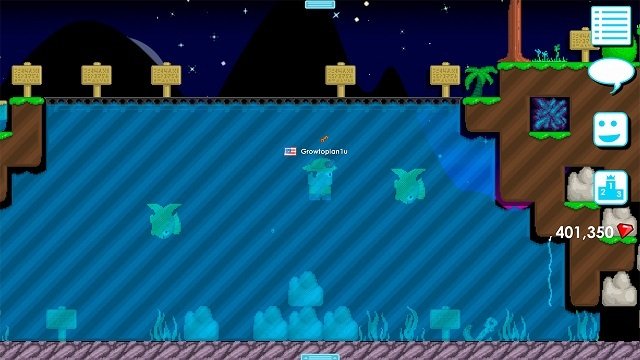 Growtopia is a nice change from other sandbox building games that have come around in the genre as of late and it’s quickly grown a community to support its MMO social side of gameplay which thrives on having a constantly engaged community of a certain scale for full value.

Games Finder is a Steam Curator and featured in the aggregate review scores data of MobyGames and Neoseeker.
FEATURED ON
Games Like Roblox, Games Like Terraria, Games Like Wurm Online
6 COMMENTS
LEAVE A REPLY Cancel Reply