Guacamelee! offers platforming and action in a Mexican themed game world for a large list of gaming hardware platforms. Originally released in early 2013 the game has two versions available; Guacamelee! Gold Edition and an enhanced Guacamelee! Super Turbo Championship Edition with availability depending on your platform and introduces new characters and bosses to challenge players beyond the original adventure. 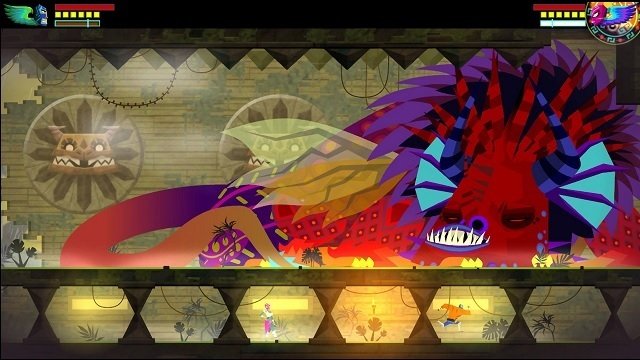 Set in a small village in the heart of Mexico the game follows Juan Aguacate a humble fighter who falls in love with El Presidente’s daughter. Right off the bat though she is kidnapped by a skeleton named Carlos Calaca who during the attempt also kills Juan ending any hope of chasing love. Thanks to a mysterious luchador named Tostada though players will have the opportunity to avenge their death, save the love of their life and prevent Carlos from completing a ritual which will give him domain over the worlds of life and death.

Gameplay in Guacamelee! is comparable to other platform titles with players taking control of Juan as he journeys across a wide selection of environments, obstacles and enemies. Fighting is central to the game and focuses on wrestling themed combat utilising a mixture of basic attacks that can be combined with more complex and deadly grapple moves which align with the game overall theme. 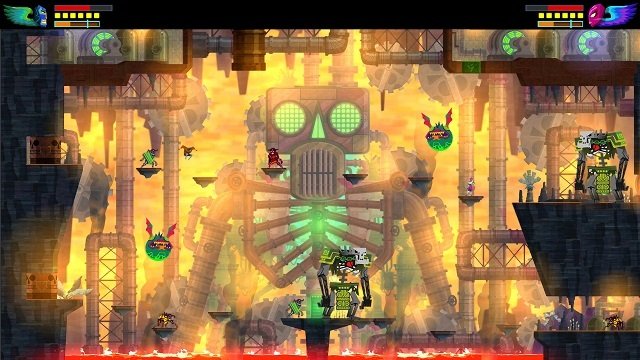 Every enemy disposed in this melee combat is extra coins for your pocket which can then be reinvested in your character to improve your available moves, health or stamina bars and ultimately improve your odds of success. Juan is a deadly fighter with powerful uppercuts and headbutts but also very mobile with double jumps and the ability to wall jump that keep the game moving at a fast pace throughout. The progression curve of unlocking these abilities is quite smooth, ensuring that satisfying feeling of progress is always close and introduces new mechanics right as you want them.

One such progression is Juan gaining the ability to move between the worlds of the dead and living which also serves as a puzzle and combat mechanic. In combat it can be used to hurt enemies that can only receive damage in a particular world while in regards to puzzles can allow you to pass through barriers which includes returning to previously explored areas to reach new treasures. 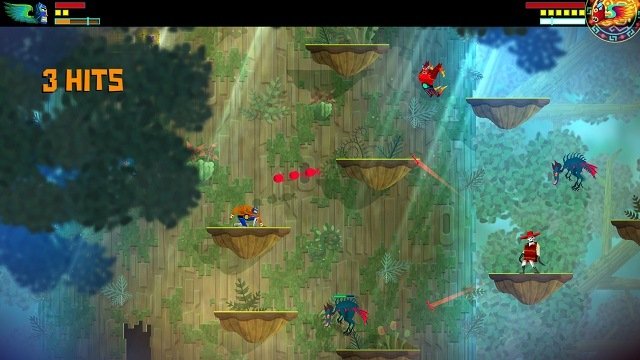 For players that would rather experience this uniquely Mexican adventure with a friend a co-operative mode is available after the first level which allows player two to control Tostada, although this is dependent on game version and platform.

Games Finder is a Steam Curator and featured in the aggregate review scores data of MobyGames and Neoseeker.
FEATURED ON
Games Like Castle Crashers, Games Like Ori and the Blind Forest
LEAVE A REPLY Cancel Reply