Guild Wars 2 (GW2) is a massively multiplayer online role playing (MMORPG) set in a fantasy universe and aims to separate itself from others in the genre by giving weight to player storyline decisions and pairing it with dynamically generated quests to offer a varied pathway of progression. Lacking a subscription fee Guild Wars 2 was originally a paid to play MMO on 2012 release before the base game transitioned to a free to play model in 2015. 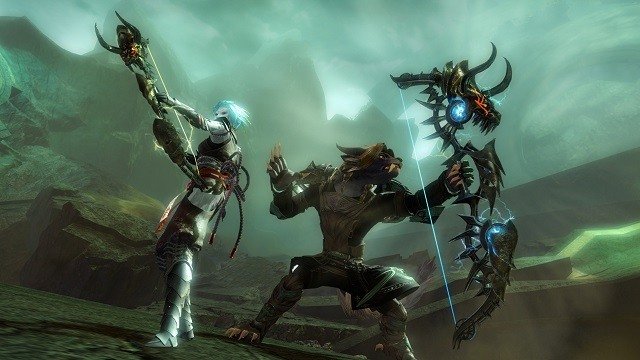 Sending players to the familiar Guild Wars fantasy land known as Tyria the game is set approximately 250 from the original Guild Wars MMO adventure. In this time the Elder Dragons have awakened to once again bring their devastation to the world although the Destiny’s Edge guild starts to revive in response. With five of these Elder Dragons now awoken the destruction and corruption of the world is at levels not seen for millennia and driving further decline of the once powerful human population. Alongside a range of other wars at various corners of the continent there is no shortage of conflict that players will find themselves stepping into.

The broader objective for your MMO adventure though is the aforementioned reuniting of the members of the previously disbanded Destiny’s Edge which pairs the games playable races together into a single collective powerful enough to stand a chance against the mighty Elder Dragons. This also plays in closely to one of the goals Guild Wars 2 aims to achieve over other similar MMORPGs which is the ever evolving game world that attempts to react and be responsive to actions made by players or the player base in general. 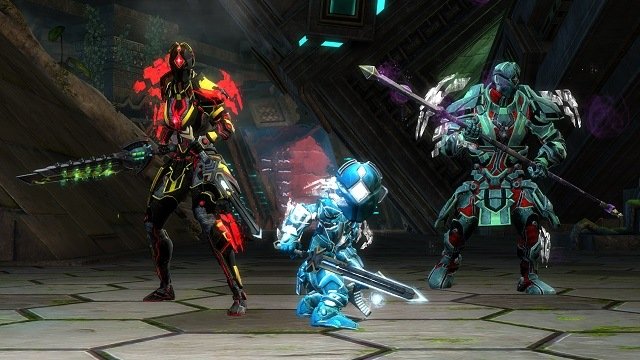 Your role in this broader conflict begins with your initial choice of race and classes which will define your playstyle in combat and team role in party content. Race options include the Asura, Sylvari, Human, Norn and Charr that have their own visual designs, lore, capital city and race skills. Like other MMO games in the genre this leads to race playing a key role in your own personal story, starting adventure and your effectiveness with particular class options given the impact of race skills.

Pairing this race with 8 class options on launch (with 9 at the current time with expansions) which impacts on your skills and are broadly split into three categories of heavily, moderately and lightly armoured with later specialisations. On the heavily armoured side you’ll find the soldier classes of guardian, warrior and revenant (expansion only) that serve as front line melee specialists that both absorb and deal high amounts of damage. Moderately armoured characters are known as adventures and house the engineer, ranger and thief who are still capable fighters but prefer to attack at range or with a clear advantage from their utility skills. Lastly is the light armoured classes known as scholars who rely on standing back to attack with elements, minions or illusions that also provide protective benefits with the elementalist, mesmer and necromancer. 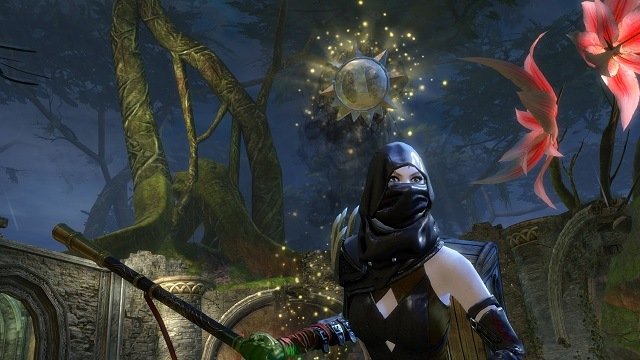 Most notably Guild Wars 2 lacks the dedicated healer of other MMO titles which encourages greater diversity in multiplayer driven content. This decision also sees each character have some form of healing available in their skillset so you can monitor and are responsible for your own limited health pool.

Much of this content revolves around your own personal story, dynamic events and of course combat where you’ll handpick 10 potential skills. Combining these skills players will find a fast paced combat system where you’ll have to land blows on your enemies while dodging their equally deadly attacks. The result is combat that has higher engagement than other games within the MMO genre which is maintained across instanced PvE and PvP content.

Games Finder is a Steam Curator and featured in the aggregate review scores data of MobyGames and Neoseeker.
FEATURED ON
Games Like Aion, Games Like ArcheAge, Games Like Blade and Soul, Games Like Lord of the Rings Online, Games Like World of Warcraft
LEAVE A REPLY Cancel Reply