Xbox 360 users can get their taste of the action strategy genre with Guilty Gear 2: Overture, a game that belongs to the Guilty Gear series but takes a totally different direction. 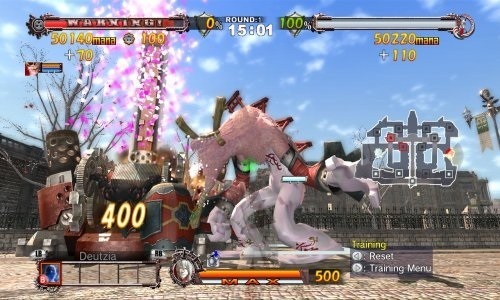 The games appeal is definitely tenfold for followers of the long running Guilty Gear franchise but don’t let that turn you off if you haven’t even heard of the franchise before as you’ll still enjoy what the gameplay brings.

Story wise the game is set half a decade after the first game and features Sol from the original who is now joined by Sin (a young warrior). Ky Kiske also makes his return to the series and now finds himself as the new king of Illyuria who has recently come into information about two disastrous developments; the gears are disappearing and a mysterious force has launched attacks against the kingdom.

Gameplay isn’t like most of the modern day MOBA games and instead leans more towards the action real time strategy genre. This puts the role of minion management directly in your hands as you capture points around the map to gain mana and spawn troops from them to venture forward onto the next point. You can spawn a number of different troop types that each serves their own purpose. To ensure their success you’ll join these minions on the battlefield and use a hack and slash fighting style. 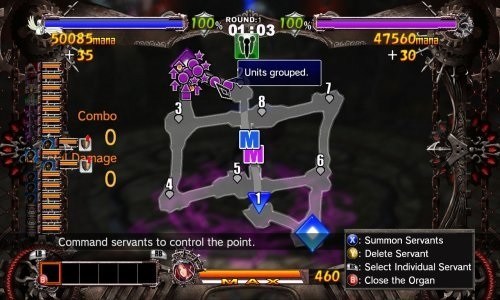 Winning each battle requires players to destroy their current opponents Masterghost which serves as the main base at the end of a long lane. This can either be destroyed directly or reduced to zero health by taking out your  opponent, as every respawn drains health from your Masterghost. To prevent drawn out battles there is also a time limit placed on battles with the victory going to the person with the most life left.

In addition to the campaign mode you can play over Xbox Live with a total of four players or play with two players on a single console. With MOBA elements there is plenty of gameplay for MOBA fans to enjoy even if they haven’t played a previous Guilty Gear game.