Gun is an open world action adventure game set in the Wild West. The game has been compared to the Grand Theft Auto series and was developed by Neversoft with a release in 2006. 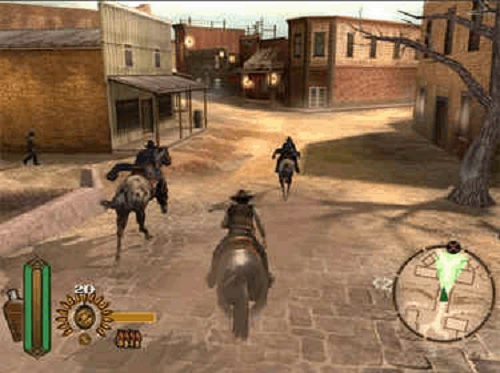 In the game players take on the role of Colton White as he attempts to take revenge on those that have wronged him. Because of the open world style of the game there are countless hours of gameplay outside of the main storyline for players to experience.

This includes plenty of side missions for players to accept, hunting, mining and a number of mini games. Side missions have great variety and all come with their own backstory to give them a place within the world.Participating in these missions and other various activities rewards players with gold to unlock new items and upgrades for their character.

Players are intended to focus on the protection of the innocent while gaining a good reputation but of course there is no requirement to do so and players can easily take up the much harder evil approach to gameplay. These less than desirable acts aren’t without consequence though and will quickly attract the law and civilians to attack the player. 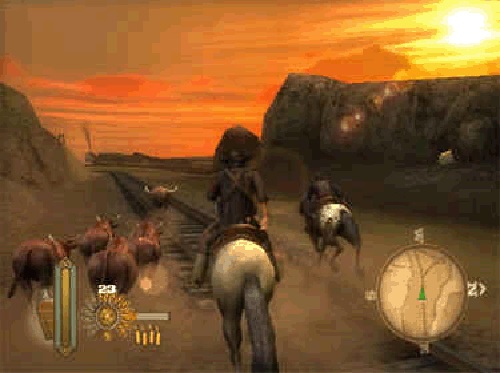 Weapons and combat in Gun stay tightly to Wild West expectations with revolvers, rifles and shotguns being the only guns available in the game. Other weapons include a bow (with a huge variety of arrow types), explosives and a large number of melee weapons.

If the idea of a Grand Theft Auto game in the Wild West era has something that interests you then Gun is the game you’ve been looking for. With a huge open world of varied environments just waiting to explored there is a great adventure just waiting for you.