Halcyon 6: Lightspeed Edition combines the original Halcyon 6 game with a host of additional game content, optimisation and enhanced features based on community feedback to deliver a more diverse and vast science fiction strategy adventure over the base game. Blending detailed crew management with space battles, story events that can change between playthroughs and randomised elements Halcyon is an intriguing mixture of game genres wrapped within a Star Trek inspired game skin. 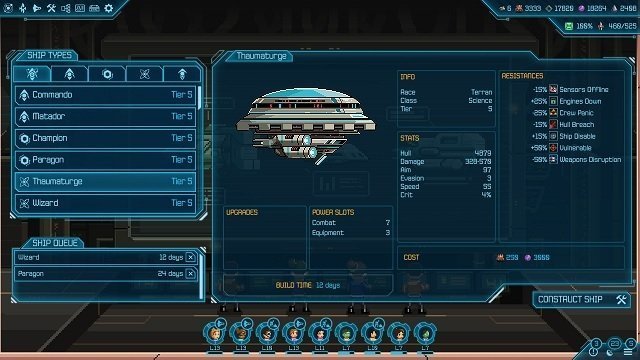 Halcyon 6: Lightspeed Edition pits players at the edge of human explored space and marks you as possibly the last hope that humans have for continued existence with pressure from a strange alien race spreading rapidly across the galaxy and destroying everything in its path. All told the game will take approximately 12 hours to complete in full which can alter between playthroughts due to the randomised elements of the game and story events driven by prerequisites requirements or choices. Said choices and available resources at the time of these selections often alter the story arcs that players experience although they all revert to a central story line at key gameplot points.

Core gameplay sees you jumping into turn based combat against ships and creatures with your own ships and crew standing as opposition. These are surprisingly tactical as players use skills and attacks to create favourable outcomes for their team and progress further through the games focus on combining attacks across your ships for optimal outcomes. To attempt to alter the same strategy being used in each battle Halcyon 6 throws a few curve balls in environments and ship resistances to ensure you are thinking strategically. Each battle supports up to 3 members on each side with several classes that play differently in combat which is expanded further as ships level up and become more specialised. 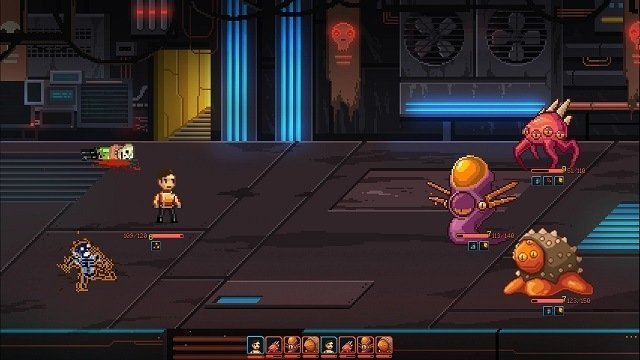 This is aided by a wealth of weapon and ability choices within each ship although some very strong combinations quickly become apparent resulting in a situation where players will generally be repeating a series of 2 or 3 combos total. Unfortunately, this is further compounded by combos generally cycling back into themselves which sees you repeating the same attack pattern several times in a fight which can feel tedious compared to the other mechanics that the game offers.

These other mechanics sit outside of combat and all have a hand in building up your combat strength. This includes exploring the abandoned starbase that you call home to create new rooms to boost your resource generation, train officers faster, research upgrades or produce new ships to form fleets. Some strategy is also required here with certain starbase modules gaining benefits for their proximity to others to allow for optimal peak production. Rooms also serve as a source of randomised events which keep you coming back to manage affairs and will often require trade-offs between the games resources and your progress. It’s enough that it can derail time sensitive plans and force you to alter your strategy in the short term but rarely has any long lasting effects so the RNG doesn’t feel overly unfair. 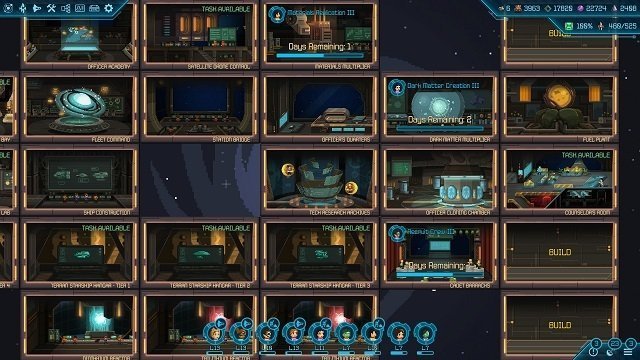 Other game mechanics of Halcyon 6 takes place on the galactic game map where your grand strategy plays out in full view as you move ship fleets to planets to claim resources, close enemy attack portals or interact with the other species within the galaxy. It all comes together fantastically to create a real galactic sense of strategy scale without players having to invest hours to fly across the galaxy.

Games Finder is a Steam Curator and featured in the aggregate review scores data of MobyGames and Neoseeker.
FEATURED ON
Games Like FTL: Faster Than Light, Games Like XCOM
LEAVE A REPLY Cancel Reply