Halo 4 is the 2012 instalment in the science fiction shooter Halo franchise and continues to evolve on the foundations of the previous titles with new story and challenges for players to overcome. Starting this adventure four years after the events of Halo 3 players will need to be familiar with the current state of affairs to truly follow along with the Halo 4 storyline which focuses on the Forerunner planet of Requiem. 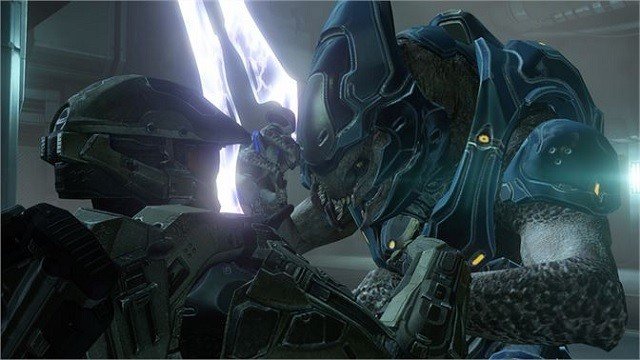 Players join the story once again as Master Chief as Chief wakes from cryonic sleep and is met by the faithful AI partner Cortana. Your wake up call isn’t quite the welcome home party you had been expecting though with players instead finding themselves taking on huge amounts of Covenant forces as they board your vessel making for one of the most intense openings in a Halo game yet.

After fighting your way through the forces you will find yourself and a huge Covenant fleet crash landing on the planet Requiem, leaving you to find a way home which takes you through a series of missions across the strange planet. At the same time Cortana is battling rampancy which is severely impacting on her mental state making your attempts to return to Earth even more dire. 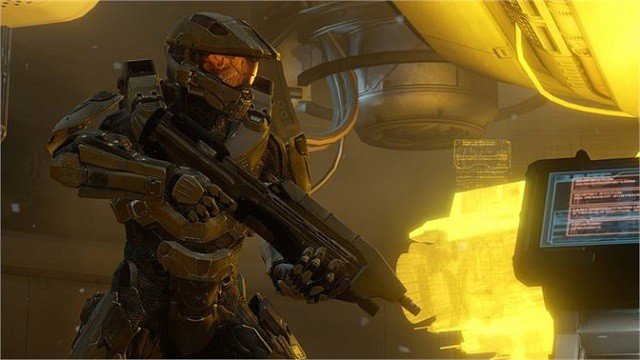 Just like the games before it, Halo 4 is a first person story driven shooter that leverages a range of weapons, environments and enemies to challenge the player’s tactical and mechanical abilities. At times (such as vehicle usage) Halo 4 switches to a third person view of the Master Chief. While linear in nature like it’s predecessors the world is designed with open environments in mind so that players rarely feel like they are being sent along the world on train tracks with enough flexibility for players to feel in control.

Familiar HUD elements from the previous games also return with your shield, grenades, map and current weapon status all being displayed on screen and functioning in a similar manner. Players will encounter approximately 10 new never before seen weapons to assist in their fight though with a mixture of human and alien options for players to equip which is in addition to minor enhancements of old favourites. Reusable equipment also returns providing armour abilities similar to Halo: Reach although expanded with new offensive and defensive capabilities. 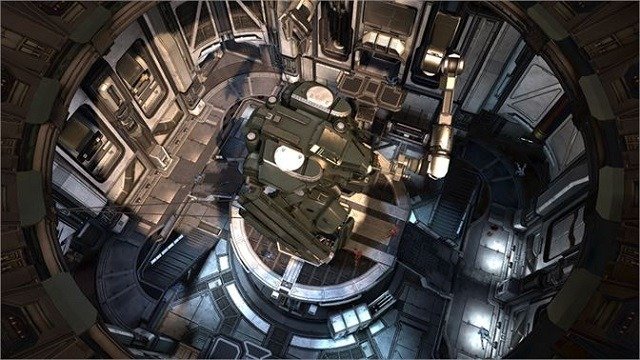 Unlike the last few games in the Halo though players won’t only be battling the Covenant and will have to contend with a new threat, the Prometheans which come in three different forms, each offering their own challenge and corresponding counter strategy. On the one hand you have the weak Crawlers who like to attack in large numbers to overwhelm the player who are in stark contrast to the powerful Knights that are durable warriors. Finally, the Watchers provide more of a supporting role to units but with the tools to shield or even revive their allies often end up being one of the most deadly opponents.

As is staple for the Halo franchise now Halo 4 also includes an ample number of modes in addition to the solo story campaign with co-op, skill modifiers and varying multiplayer modes that are either kill or objective focused.