Halo: Combat Evolved is the very first game in the popular Halo series and was a launch title for the original Xbox in 2001. The game is credited as a launching pad for the first person shooter genre, particularly on consoles. 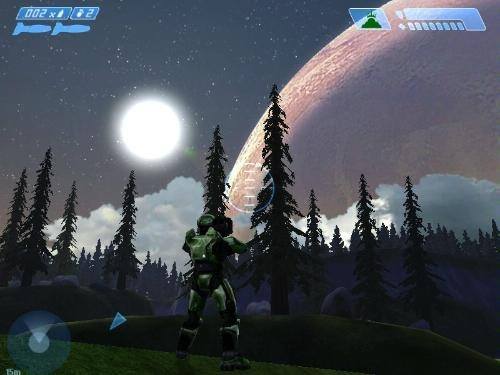 The game is set in the far off future in a war between humans and the Covenant, a technologically advanced alien race that believes humans are offensive to their gods. The one hope for the human race in this war is the cyborg super soldiers known as SPARTANs. In Halo: Combat Evolved you will jump into the shoes of one of these fighters known as Master Chief.

Gameplay in Halo will have you exploring the planet that the game is set around along with facilities and spaceships. At all corners of the game you’ll encounter the enemy Covenant which come in a variety of types from the simple grunts to the more powerful elites.

In order to dispatch the Covenant players have access to a number of human weapons but also can pick up the alien weapons of their foes to use in combat, vehicles are also available to the player. Players must choose their combination of weapons carefully as they are limited to carrying two weapons along with 8 grenades (4 plasma and 4 normal grenades). 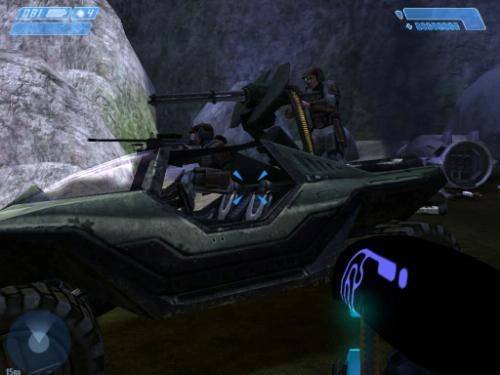 Unlike other games of its time Halo was one of the very first adopters of a regenerative system for damage. This was achieved by giving Master Chief a shield that takes the initial damage and will recharge when outside of combat. If players take too much damage they will lose health which can only be recovered through items.

For its time Halo was a revolutionary experience from the larger game levels to the regenerative shield to the mixture of human and alien weapons. The game still stands up against modern games quite well so you can return to the roots of the Halo series and still enjoy the game.

This review was first published on June 13, 2014. Read our update policy to learn more.

Games Finder is a Steam Curator and featured in the aggregate review scores data of MobyGames and Neoseeker.
FEATURED ON
Games Like Call of Duty, Games Like Crysis, Games Like Doom, Games Like PlanetSide 2, Games Like Quake
LEAVE A REPLY Cancel Reply