Real time strategy games are a rarity on consoles and the few that have made their way to console are generally less than satisfying. This definitely isn’t the case in Halo Wars though, a 2009 RTS game for the Xbox 360. 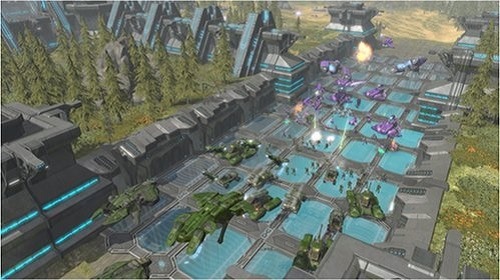 Halo Wars takes place within the Halo universe and is set several decades before the very first Halo game. Players will take control of human forces as they attempt to fight off the Covenant in a real time strategy environment.

Gameplay plays like a traditional real time strategy game with players viewing the game from above the battlefield. Players can create bases at certain points on the various maps to generate resources and handle unit production. Bases are also important to upgrade the technology of your units from simple variations to more advanced units. If all your bases are destroyed the game is lost which encourages more defensive play than similar games.

Most of the game focus though is on the combat elements with this streamlined approach to building and resource management to keep the game simple enough for the Xbox 360 controller to handle. As such your decisions will mostly involve selecting units and sending them into battle using your strategic military mind to ensure success. 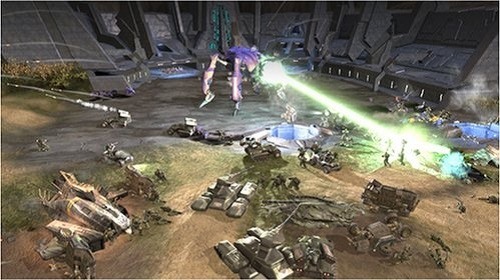 Battles use a rock-paper-scissors approach that strategy fans will be familiar with that gives vehicles, infantry and aircraft their own strengths and weaknesses. Units also have their own special ability that players can activate for an extra edge on the battlefield.

Despite the Halo setting Halo Wars isn’t limited to Halo fans and should be picked up by any gamer wanting a strategy experience on their Xbox 360 console. There simply aren’t any better options (and very few alternatives) to this great RTS that was designed solely for console.

Games Finder is a Steam Curator and featured in the aggregate review scores data of MobyGames and Neoseeker.
FEATURED ON
Games Like Command and Conquer, Games Like Supreme Commander
LEAVE A REPLY Cancel Reply