Hamster Collection takes the animal collecting formula and adds in hamsters to the equation. Available for free on iOS devices the game is relaxing but also has some challenging elements to it. 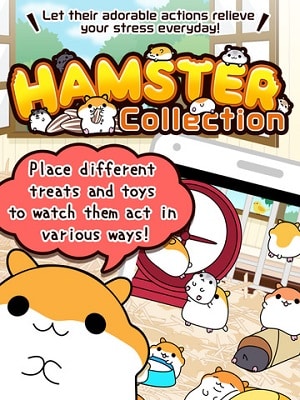 Players are given a detailed tutorial at the start of their hamster adventure which ensures you’ll understand all the small elements at play within the game. The primary mechanic is using toys and food to encourage your owned hamsters to come out of their little house and play. At the start you’re limited to only 5 different hamsters but this quickly increases as you expand your cage.

Using the six available types of treats and nearly two dozen toys not only do you encourage your hamsters to show themselves but also design the theme and tone of your cage. Each of these items cost the in game currency of flower seeds or golden seeds (premium currency). The game does allow a conversion between these currencies which is quite fair.

Earning flower seeds is easy enough although the stream can be quite slow to start out. This is mostly likely by design though with only just over a dozen hamsters to collect a fast earning rate would severely limit the potential game time.

Each of these hamsters must be unlocked by the Hamster Gacha which will set you back a small amount of seeds, increasing which each purchase. The game does not allow you to get duplicates though which helps you unlock them all without significant investment. 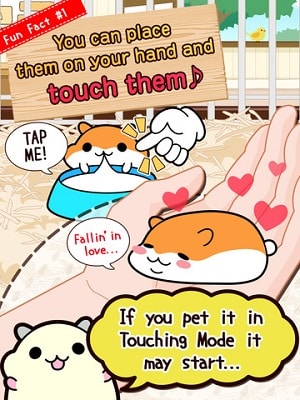 Another key mechanic of the game is hamster attachment which grows overtime the more that players pet each individual hamster. By reaching new attachment levels you can be rewarded with materials which can be put together to create unique toys. This can mean extra unique cage layouts which can be photographed to show off, or alternatively players can photograph individual hamsters.

Hamster Collection is a nice basic pet collection game but does have a few glaring weaknesses, most notably the excessive advertising and strange use of red for yes buttons and green for no buttons, something that results in many incorrect clicks until you get used to the odd setup.

This review was first published on March 21, 2016. Read our update policy to learn more.

Games Finder is a Steam Curator and featured in the aggregate review scores data of MobyGames and Neoseeker.
FEATURED ON
Games Like Neko Atsume
3 COMMENTS
LEAVE A REPLY Cancel Reply