Hard Reset offers up a cyberpunk FPS experience with mechanics akin to the classic shooters like Quake given its fast paced focus and simple core fundamentals that let you focus on shooting. Originally released for Windows in 2011 Hard Reset was later re-released on Xbox One and PlayStation 4 consoles within a Redux edition that enhanced the content and core mechanics with new challenges. 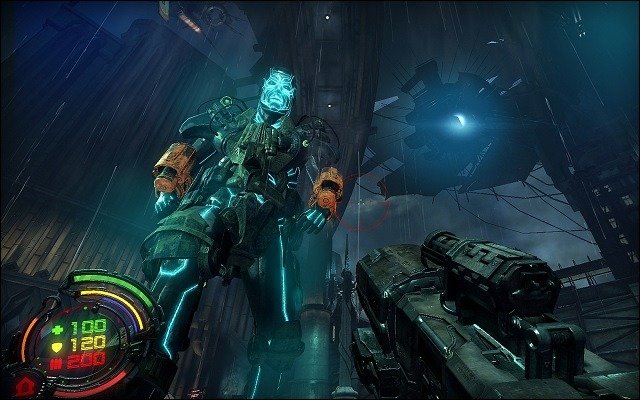 Set in a crumbling world where humanity is approaching extinction against a deadly machine army players pick up the weapon of Major Fletcher a CLN soldier who protects the last city of humanity known as Bezoar. With machines constantly assaulting the walls of this closed off city to lay claim to The Sanctuary network which stores billions of human minds you are the only hero that stands in the way of the end of humanity. Being a combat veteran of the era Major Fletcher is appropriately equipped for the challenges ahead as you utilise maximise destruction against waves of enemies and associated boss battles.

Just like the games that inspired it Hard Reset is a simple shooter with single pathways that are filled with explosive barrels and stashes of health and ammunition to help your battle against the machines. Despite the basic fundamentals Hard Rest offers enough depth within levels that see you destroying various vending machines that are armed with anti-vandalism defences to trigger electrical splash damage against the machines you fight along with a number of hidden caches scattered around each level. 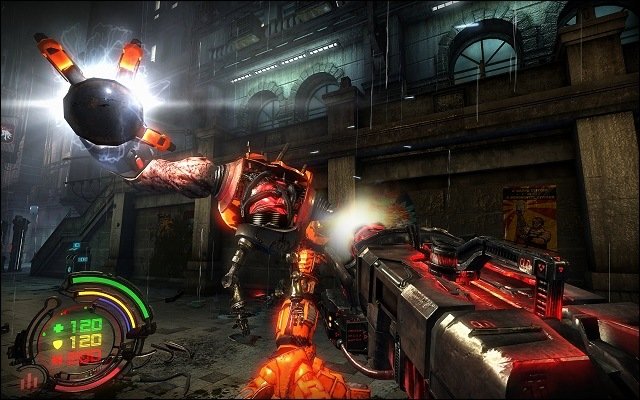 The machines you’ll face require you to utilise diverse weaponry and while their origins have been lost to time and unknown you’ll encounter a range of enemy types. From AI that charges straight towards players or opts to utilise their own firearms they come in sizes both small and large that results in each having a preferred count weapon.

Opting for a more realistic approach to these weapons Hard Reset gives players two core weapon options which through the upgrade system give you all the usual array of combat choices. Known as the CLG Firearm and the N.R.G. Weapon they fulfil the role of familiar weapon and energy based projectile. With the CLG Firearm you’ll be able to utilise five different firing modes that transform it into a reliable assault rifle, deadly combat shotgun, long range grenade launcher, explosive RPG or destructive proximity mines. While only the assault rifle is unlocked by default these attachment upgrades come hard and fast to players with each having two further tiers of upgrades that adjust the weapon with options like scopes, increased fire rate, reduced reload times and improved area of effect damage to maximise your preferred weapon archetype. 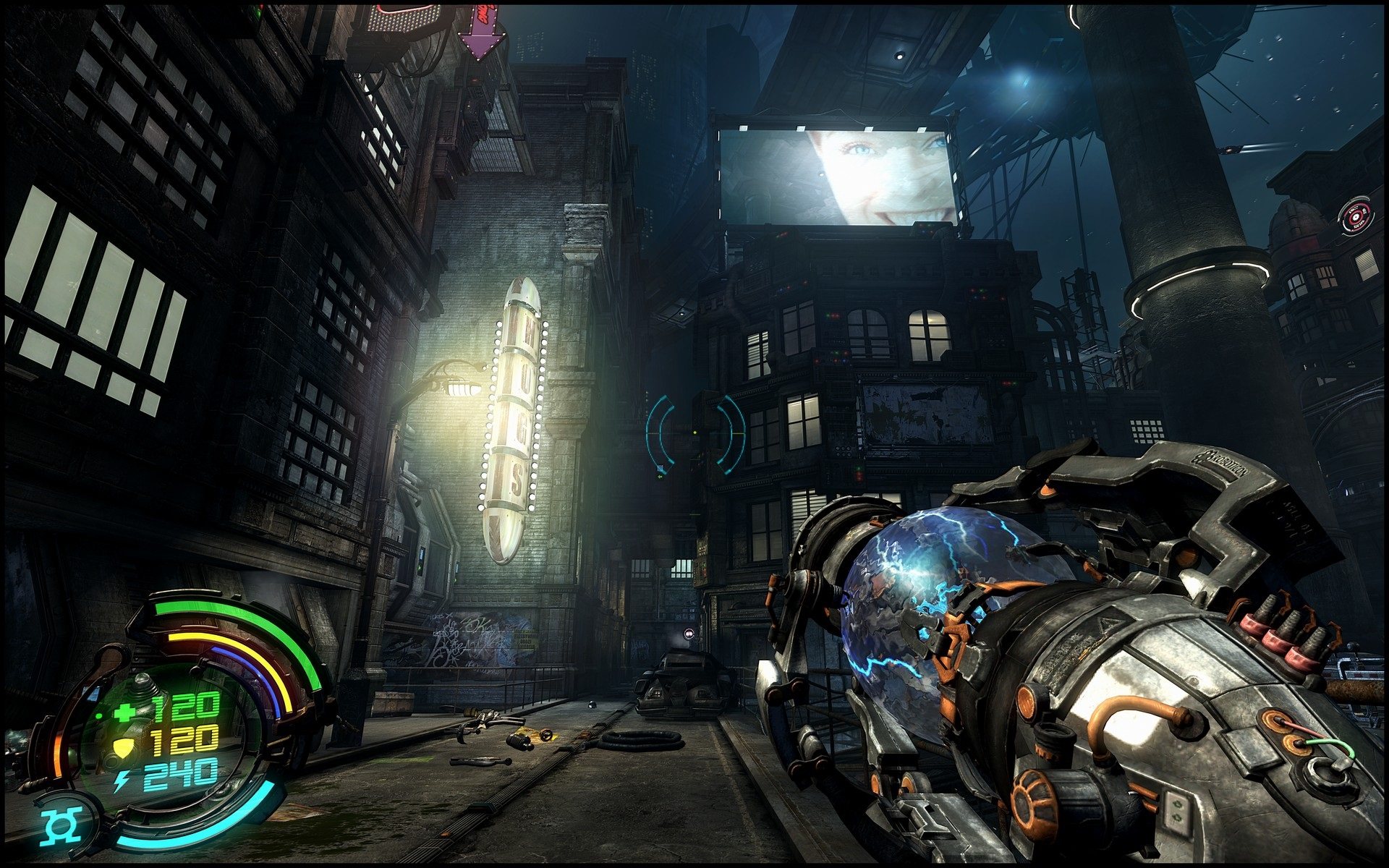 Meanwhile the N.R.G Weapon also has five different fire modes that transform it into a plasma rifle, shock blaster, electric mortar, railgun and smartgun that once again see different upgrade levels to improve their effectiveness in combat. Beyond these weapons Hard Reset also requires players to make decisions on their combat gear with a tactical scanner, trauma pack, hi-capacitor, medical module and shield emitter that let you focus on your preferred gameplay approach. For example those that like to get into the thick of it might maximise their shield emitter to reduce the time it takes to start regenerating while pairing that with hi-capacitor that regenerates your ammo and energy faster so you can spray without consideration to your weapon resources.