Hatoful Boyfriend is a unique visual novel experience where all of the game characters are birds as you try to find love against these feathery friends. Born out of an April Fools Day joke game Hatoful Boyfriend is now a fully fledged adventure with high quality writing and character design with a wealth of replay value. 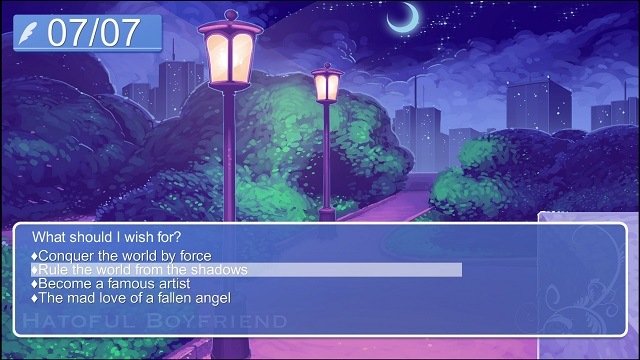 This unique world of Hatoful Boyfriend sees players in the middle of a dystopian future where birds have risen up as the dominant life forms after a deadly disease outbreak reduces the number of humans across the glove. During the humans attempt to stop the disease that was destroying humanity a counter virus was released to hopefully save the population which instead of having the desired effect granted birds a level of human intelligence. With a resulting war that leaves birds becoming the dominant lifeforms there are only a few humans remaining on Earth who have been pushed outside civilisation.

Crazy background story aside the game sees players attending the bird only high school of St. PigeoNation’s Institute as the first human under the backdrop of opposing bird political views as to how humans should be dealt with in the new world (integrated or destroyed). With society in an adjustment period not unlike stories from our human past the game throws a number of trials at players as they struggle to survive high school life in the year 2188. As your second year of your attendance players have settled somewhat into the confusion and problems which has unlocked the ability for potential dating. 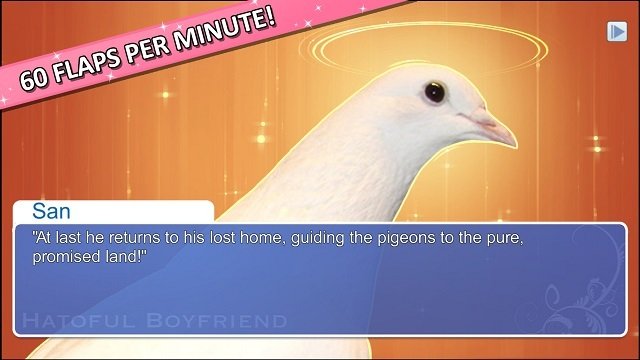 With this human female protagonist under your control and a history of living in a cave you’ll have a surprisingly large number of bird love interests. To help make the game a little less strange birds are paired with an optional human look a like that results in the game playing closer to a traditional otome visual novel if selected. All of these birds have various traits from popular to sporty, quiet and more just like any popular dating game which need different actions to secure a long term love interest.

Gameplay wise Hatoful Boyfriend has a similar flow to the many other visual novels around the genre with players interacting with the world. Throughout this you’ll be reading a vast array of dialogue as it appears across the bottom of the screen, providing background information, character dialogue and other useful details. Branching plot lines are the speciality of Hatoful Boyfriend though with players making key choices to drive the story and which classes to attend which can increase one of three stats to obtain different endings. 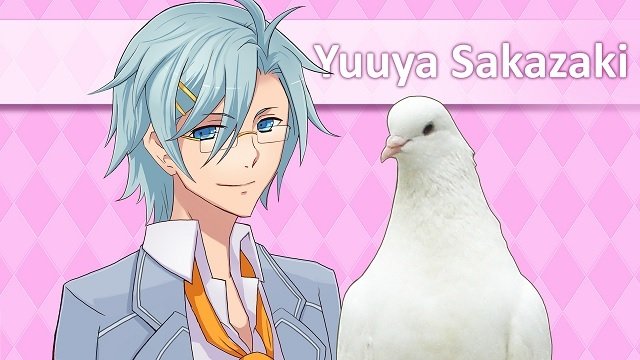 Players can either play Hatoful Boyfriend differently across playthroughs to experience these endings or make use of the multiple pages of save slots that let you return to key decisions and make a different decision. This is made even easier with the use of a skip button that lets you move past scenes you’ve encountered before to speed up subsequent bird loving adventures. In total you’ll find 14 endings for each of the potential birds with extras for failed romances or reaching high values in one of the school class linked stats. All the while you’ll be unlocking a range of documents that live in the archive section of the title screen in Hatoful Boyfriend that feed you information about the world and in time open up an alternative playstyle entirely.