Haven and Hearth is a free to play survival based MMORPG for Windows that challenges you to fight for survival in an unforgiving game world with permanent death if you fail in the deadly environment. Fighting off animals, hunger and even other players due to the integrated PvP mechanics Haven and Hearth should not be entered lightly. Currently under development by a small team Haven and Hearth is fundamentally free to play with the full suite of game content available to players without paying a cent. For those that do want to support the game throughout its alpha and beta stages you can utilise either a once off support payment, subscription or single cosmetic purchases. Providing a boost to character development rate, activity speed (resource generation and crafting) and inventory space there is some clear advantages for paid players which given the brutal environment can impact your experience. In practice though the short lifespan of most characters simply gives paying players a faster recovery from death rather than a direct impact on any engagement you might have.

Currently not a full release the Seatribe team continues to add new content to Haven and Hearth building on the core mechanics in place that let you join the world of other players, explore, survive and fight. While Haven and Hearth is absolutely playable it does clearly lack some of the additional depth, polish or functionality you would see in a fully developed survival game. 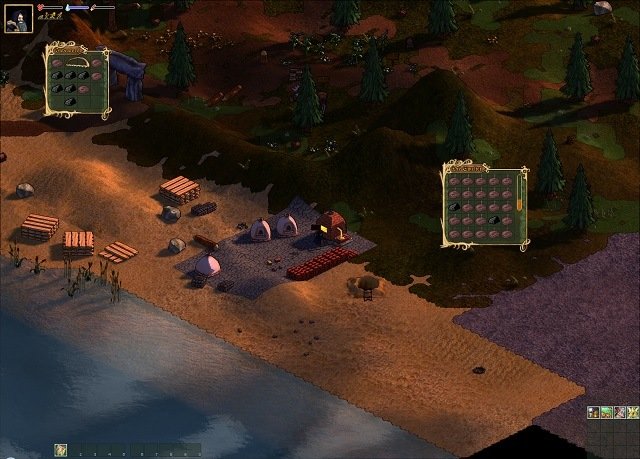 The world for your survival adventure has a sense of myth and legend to it with a fictional setting that contains many familiar real world biomes. This includes beach, forest, swamp, cave, water, meadows and everything in between which impact your maximum movement speed, fauna and flora found. Set within this world Haven and Hearth features two core gameplay mechanics of permanent death and influence on the game world that work hand in hand to keep your adventure fresh and varied. For example buildings you create will stand tall between playthroughs unless destroyed by another player, caves that you create will stay as part of the terrain and trees won’t respawn without planting seeds. While you might need see the fruits of your labour on the land in one playthrough you might stumble upon your planted seeds in a future character.

Each of these character lives (known as Hearthlings) starts with essentially nothing as players spawn in the middle of a vast wilderness with only basic tools to help you get started. Slowly as you come to terms with the game world you will develop new skills and abilities to enhance your ability to survive on limited resources. Eventually players can claim land, construct various buildings and start harvesting crops which provide the foundation of most playthroughs. 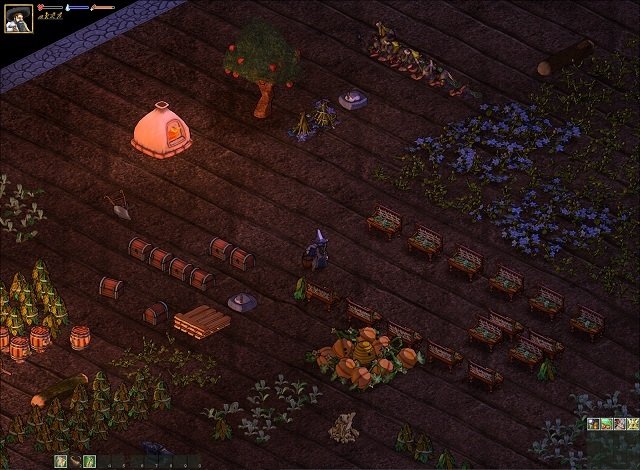 Your character is a blank slate at the start of each game, although it will inherit some stats if you have previously had a character and died so not all progression is lost. As you would expect from a MMORPG gaining experience is central to the core loop which is primarily earned by discovering new things in the game world. In turn this provides learning points in Haven and Hearth which are invested into skills that unlock new mechanics across combat and non combat abilities such as smithing, cooking, farming and survival.

Behind this is also a 9 attribute system which further impact the aforementioned abilities such a strength boosting your melee attacks and mining proficiency which can be buffed or debuffed further by your choice of equipment found or crafted. With all of these overlapping mechanics Haven and Hearth is a game where players can set their own goals to pursue and even alter this focus with each new character. Want to focus on trespassing on people’s claimed land without getting caught? Want to build a thriving community? Want to battle the unfriendly animals in the wilderness? Want to create your own mining complex? You can do that and so much more within the world that Haven and Hearth offers.