Hay Day is one of the most popular farming simulation games on the market claiming over 100mil downloads on the Google Play store alone and regularly commanding an active user base within the millions. In such a competitive environment once dominated by the original FarmVille the track record and user base growth of Hay Day speaks for itself as to the production quality and general gameplay mechanics that it offers. 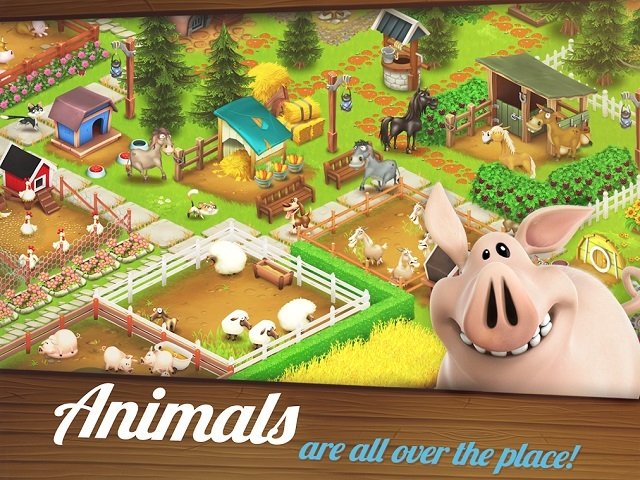 In this mobile simulation game players will be overtaking the farm from their uncle Greg who is no longer able to care for it which provides some structure to your farming ambitions beyond giving players a seemingly random plot of land that related less popular titles have been doing. From here as is traditional in the farm simulation genre your experience in Hay Day is centred around literally building from the ground up while you earn experience and coins for your farming activities which overtime unlock new options before repeating the cycle.

While the core gameplay revolves around the harvesting of crops and animals for shipping orders or for sale on your roadside shop the game includes a number of other elements to keep you playing over the longer term. 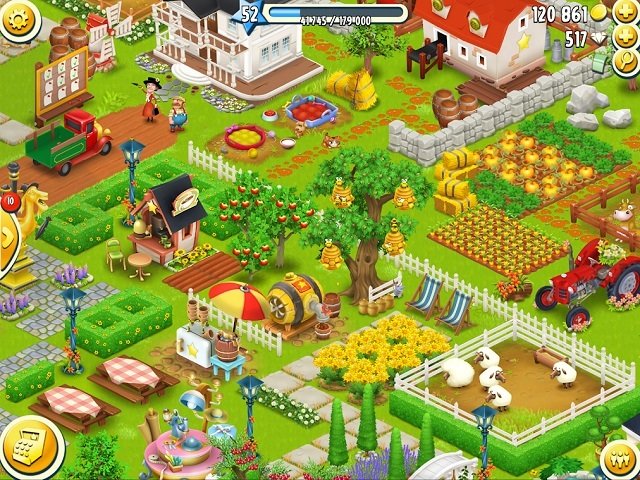 From the co-operative communities that encourage players to support each other to the ability to restore the old rundown town next door Hay Day does a fantastic job of adding side activities on top of the core experience and holding the same high production quality throughout these supporting mechanics outside of a few that could use some tweaks to balance as in their current state they limit choice in areas by providing a clear optimised decision.

Transforming this rundown town gives players that something extra to use their hard earned coins on and makes the game much more than just a FarmVille clone that is about out levelling your friends and bragging on social media about your virtual farm numbers. With a restaurant, diner, grocery store and other buildings to bring back to life you really feel like you’re reviving a city with the income from your farm produce. 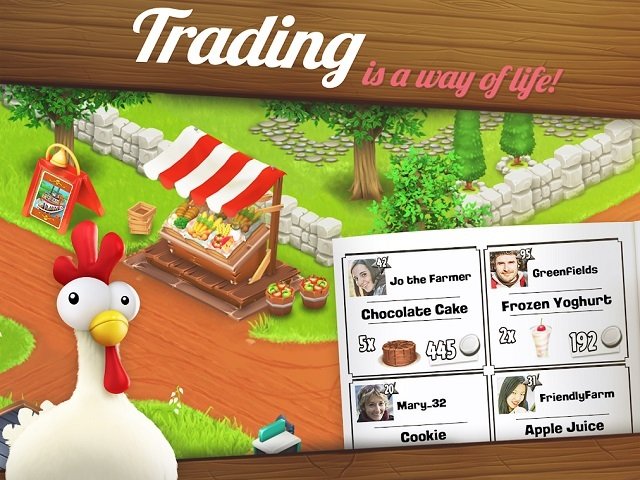 Most notable to the Hay Day experience is the colourful graphics for both the farm and town which bring the world to life and stand far beyond other titles in the market in terms of visual quality. The large community also ensures that Hay Day receives regular content updates and with no signs of this slowing down anytime soon it’s easy to keep enjoying Hay Day over the long term as it continues to evolve and provide a refreshed sense of progression potential in each new update.

This review was first published on August 31, 2014. Read our update policy to learn more.

Games Finder is a Steam Curator and featured in the aggregate review scores data of MobyGames and Neoseeker.
FEATURED ON
Games Like CastleVille, Games Like FarmVille, Games Like Township
LEAVE A REPLY Cancel Reply