Hearts of Iron III brings World War II to the grand strategy genre while also marking the third title in the popular strategy video game franchise. While a dark era of history Hearts of Iron III explores it with historical accuracy and allows you to take command of your country from over one hundred options in this world scale strategy challenge. Beyond the initial release players also have access to three expansion packs; Semper Fi, For the Motherland and Their Finest Hour amongst a number of other texture and music packs. 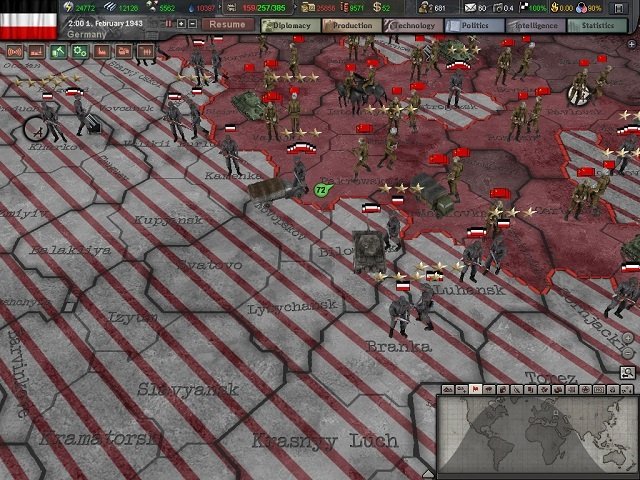 Taking command from one of these 150 available countries your Hearts of Iron III experience begins between the era of 1936 and 1948 which places you slightly before the beginning of the war and takes places to the end of it. This early start is by no means a game mistake with this multi year period before World War II breaks out allowing players some room for industrial and diplomatic strategy before the war engulfs the entire world. Split into the major, regional, minor and micro powers each has their own role to play and in turn strategy if you want to be on the winning side. The majority of players though will opt to control one of the major powers being France, Germany, Italy, Japan, Soviet Union, United Kingdom and the USA.

This world is not small in scale either with the strategy map of Hearts of Iron III being  one of the biggest you’ll find in a strategy game at the time with 10,000 land provinces to battle over and claim for their strategic or economic importance. Combining this historically accurate depictions of military commanders and politicians from the countries and provinces Hearts of Iron III has plenty of appeal to those in the weeds of history but reminds effective for players that don’t recognise any of the famous names featured. 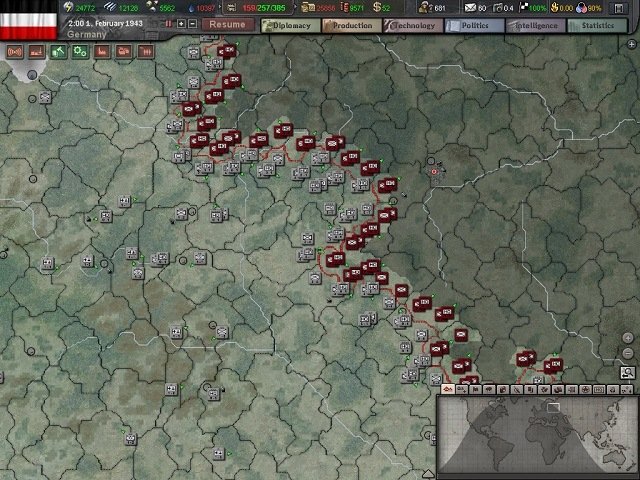 What you do within this seemingly realistic world is up to you with Hearts of Iron III offering paths that involve conflict, economic production, technological research, politics and good old fashioned espionage. All of these options have merit and can be used to succeed in this historical climate although how you adjust the levers of each can greatly impact on how the game plays out as the years progress and the AI controlled nations respond to your actions. For players that want to focus on solely one element of gameplay in Hearts of Iron III themselves you can instruct the AI to handle some functions of your own nation.

Regardless of the path you opt for you’ll find high amounts of depth to explore through the fundamentals of diplomacy, production, resources, politics, technology and intelligence. For diplomacy you’ll be able to enter into trades for resources or declare war although this can only be performed if your threat level reaches a significantly high level from other actions you’ve undertaken. Intelligence in particular plays a key role here and serves as the games espionage system to gain key information on your enemies units. 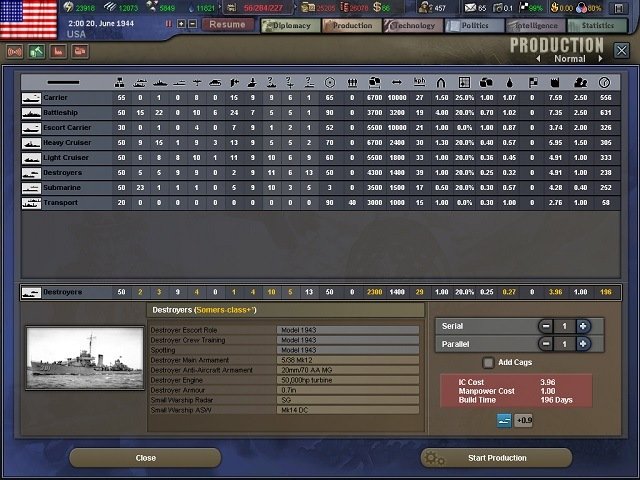 Meanwhile production, technology and resources work together with players industrial capacity (IC) fundamental here as you build your practical knowledge to lower production costs using the claimed resources from your annexed and occupied territories. Lastly the political sphere of Hearts of Iron III can have an overarching impact on all of these elements as your appointed policies and ministers impact on how effective your country is managed and the returns you generate from your resources.

As a World War II strategy game though you won’t often be able to win the world war without some combat or skirmishes and Hearts of Iron III has a wealth of unit choice in this department. From selecting your units from the applicable ground, air and sea to divisional customisation and resistance fighting there are many decisions to be made that are backed up with generally strong AI control. As you would expect all units have their own base statistics with potential improvements through upgrade trees which will support your preferred strategy.

Games Finder is a Steam Curator and featured in the aggregate review scores data of MobyGames and Neoseeker.
FEATURED ON
Games Like Europa Universalis
LEAVE A REPLY Cancel Reply