Heavenly Sword is a PlayStation 3 exclusive title with high production values that delivers an engaging story and impressive cut scenes to bring you into the game world. 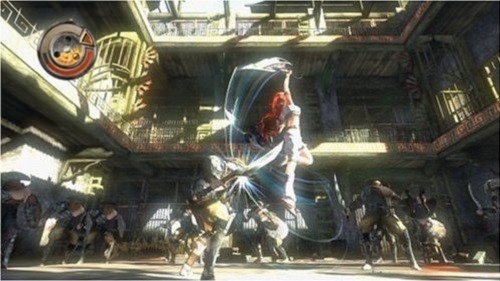 Revolving around the powerful mythical Heavenly Sword the story follows the adventures of Nariko who takes up the powers of the sword in order to get vengeance against against the invading clan. Taking up the sword though requires you to pay the ultimate price as the sword will slowly consume your life. With the simple story foundations it’s the presentation through cut-scenes and writing that will keep you engaged throughout your Heavenly Sword adventure.

Combat is very melee orientated in Heavenly Sword, while you’ve got a single weapon at your disposal its mythical power allows it to change as you alter your combat stance. These three stances are speed, power and range which act as their name might suggest. Speed allows you to move quickly while performing fast attacks while power delivers devastating blows at a slow speed, finally range is your default stance that delivers minimal damage to enemies but allows you to keep your distance and block opposing attacks with more ease compared to the other available stances.

Using these stances players can create brutal combos by chaining moves together which grow as Nariko masters the Heavenly Sword power and eventually leads to unlocking all sorts of superstyles that feel and look fantastic as enemies. While they do look fantastic the enemy and actual combat diversity is quite lacking in Heavenly Sword with limited enemy types and level design available (most levels are simply small areas with wave of enemies).

Quick time events also form a considerable amount of gameplay with players pressing the correct buttons in sequence when they appear on screen. These are generally less well-designed than the rest of the game to a point where sometimes they’ll only briefly flash on the screen and are almost impossible to actually include in combat. 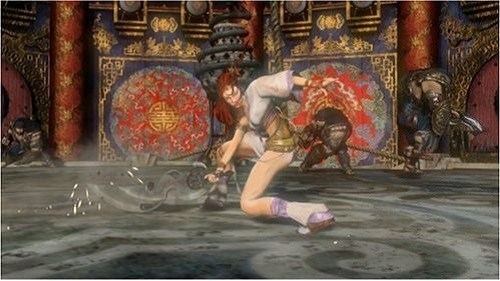 To break up the core gameplay Heavenly Sword lets you occasionally take control of Kai instead who relies on her crossbow to snipe enemies from a distance rather than getting up close and personal. To make this more engaging players can use Aftertouch which allows them to guide projectiles towards their intended target. Nariko also gets to use Aftertouch a handful of times although this is limited mostly to the puzzle parts of the game that involve throwing objects.

Heavenly Sword looks fantastic but the gameplay leaves much to be desired. While it feels fluid the lack of development in combat and variety in enemies makes some parts of the game simply feel like a grind.