Opting for an action packed game centred around car battles Heavy Metal Machines offers up something akin to a MOBA with car theme. 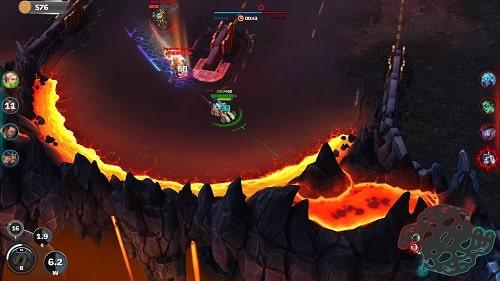 Set within a world of madness Heavy Metal Machines features a healthy roster of machines and pilots for players to command in 4v4 style matches which centre around delivering the bomb to the enemies base. Said task is by no means easy as the player carrying the bomb must speed through a race track while being attacked by the opposing team.

Each machine comes with their own weapons that range from damaging your enemy, restricting their movements or giving yourself a boost. All of which need to be combined with your teams abilities to overcome the enemy team. Based on your skills you’ll have a role to play within the team from bomb carrying to support or protection. Further customisation is offered up through character skins and customisable parts in the garage.

Skills on each machine are devastating with attacks to ram enemies into the wall, burn them with deadly skill shots or damage them if they get to close. Support machines are similarly just as useful though with speed tethers that can increase your speed when close by. 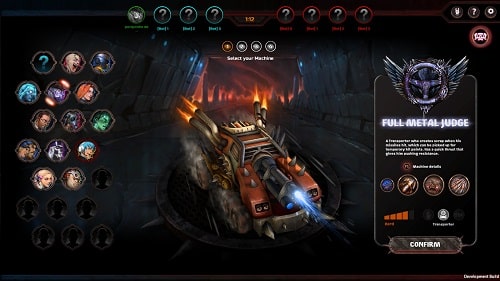 All of this is aided through a tight control scheme that makes using a mouse in a racing themed game practical, allowing players to easily make sharp turns and completely turn around in almost an instant to launch a devastating attack.

With the usual normal games against other players, AI bots to get you started and eventually ranked mode the foundation of Heavy Metal Machines is solid and likely to do well as it grows over time.

This review was first published on February 12, 2014. Read our update policy to learn more.

Games Finder is a Steam Curator and featured in the aggregate review scores data of MobyGames and Neoseeker.
FEATURED ON
Games Like Dota, Games Like League of Legends, Games Like Mad Max, Games Like Rocket League, Games Like Smite
LEAVE A REPLY Cancel Reply