Hegemony III: Clash of the Ancients takes you to the ancient lands as you create your own empire by using military tactics and careful resource management. Lead the Greeks, Romans, Etruscans or one of a dozen other ancient factions to glory. 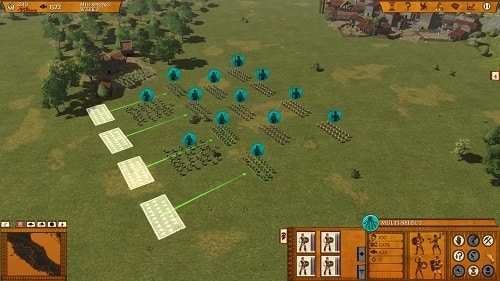 This title joins the large list of other historical Hegemony RTS games that have a similar design. What Hegemony III offers over the previous releases in the franchise is a massively expanded map, additional factions, more units and additional depth in a number of key mechanics.

At it’s heart Hegemony III: Clash of the Ancients is a real time strategy game but also offers a grand strategy like experience with its expansive game world which has you zooming in and out of your various cities. All of these cities in the ancient Mediterranean world and the armies that defend them bring history to life quite well and one of the greatest features that Hegemony III brings to the table.

Your adventure starts by selecting your desired faction which each have different bonuses to alter playstyle. Rome for example comes with extra experience earned from combat and improved vineyard output. From here you’re journey is one of of capturing resources, managing said resources and defending them from any would be attackers. 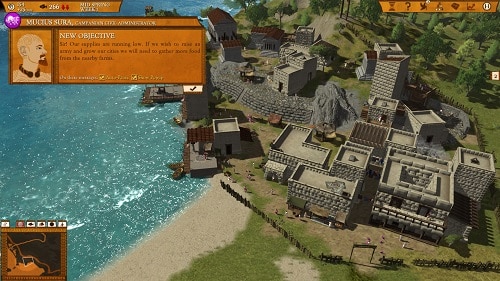 While this sounds simple enough once you have a few cities and resources under your control the game quickly can become a logistical challenge as you find yourself with a large territory to control. Unfortunately this is made a tad more difficult because of some AI hiccups and the complex UI which takes a good hour to find your bearings.

Once you put aside the less than desirable interface and a few graphical hiccups that show up from time to time the historical strategy offered by the game is some of the best.

Games Finder is a Steam Curator and featured in the aggregate review scores data of MobyGames and Neoseeker.
FEATURED ON
Games Like Europa Universalis, Games Like Total War
LEAVE A REPLY Cancel Reply

Hegemony III: Clash of the Ancients