Offering up more than 100 heroes Hero Sky: Epic Clash is a mobile title orientated around commanding your own unique mix of heroes and lessor troops in order to reign supreme over other players. With familiar heroes from mythology which each command their own powerful skills the game is a flashy take on the mobile strategy genre that continues to grow off the back of Clash of Clans. 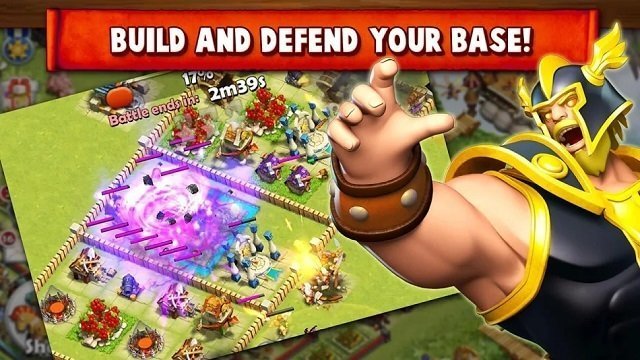 After a brief example of the power that lies within a max power hero players start their very own settlement by summoning in a powerful hero to call their own and nurture through thick and thin. Players are able to summon in free basic star heroes at a rate of 2 a day which allows you to build up your force of heroes reasonably quickly and introduce new strategies before committing to a smaller group of your favourites by funnelling everything into them and hopefully building up to a powerful 6 star hero.

These 6 star heroes are key to long term competitive success in Hero Sky: Epic Clash and why the journey is a long one without opening your wallet the PvE content and PvP matchmaking ensures you are never completely outmatched in the raids that you take. Balance wise heroes are all effective at a 6 star level so you won’t need to play excessively for a certain 6 star hero with any up to the task.

While these heroes form the basis of your army they are supported by more basic troops on the frontline of battle which must be trained from the barracks. Each of these troops have 7 levels of upgrades along with their own stats and strengths which allow for mixing and matching of army setup. In total there are 10 different troop options being the warrior, archer, giant, thief, wall breaker, penguin bomber, fairy, bomber, griffin and golem.

These archetypes will be recognisable to a player with exposure to similar titles and will quickly be able to devise a winning strategy. Recruiting troops requires players to have all the necessary structures along with nectar and gold which serve as the two key currencies of Hero Sky: Epic Clash and can be lost when players are raided (although there are some options available to protect resources). 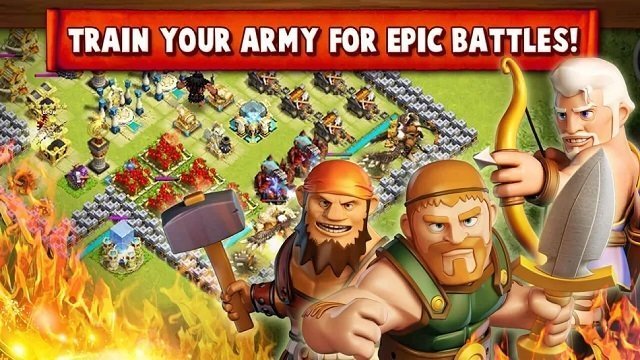 With a thriving resource generating machine behind you players can step into the PvE missions or the PvP raids where your goal will be the same, destroy the enemy base by calling in your heroes and troops onto the battlefield. Finding a combination of hero and troops that is most efficient for your enemy is where much of your time will be spent before funnelling back your resources into your settlement for more strength and greater raids.

This strength can be upgrading your individual heroes to further improving their stats or repairing your Trojan Horse which lets you place your characters right into the heart of the enemy base, overcoming any walls and defences in place which is not a feature seen consistently throughout the genre but does help counter wall heavy strategies that may otherwise dominate. Or maybe it’s increasing your own defences with one of the 7 towers to defend you against attacks of other players. 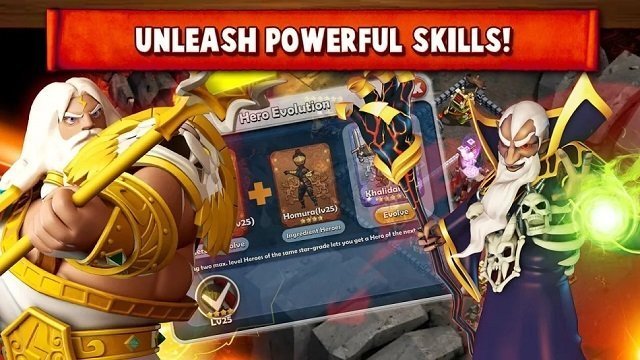 While the game design of Hero Sky: Epic Clash is fairly familiar the focus on heroes and the power they bring to the battlefield makes it stand out against similar titles. The use of the Trojan Horse mechanic in itself fits perfectly in the broader setting and ensures Hero Sky: Epic Clash is perfect for mobile strategy players who want an easy to use counter to walls.