Borrowing heavily from League of Legends is Heroes Evolved, a PC based MOBA with a light weight client. Launching in September 2016 with over 50 heroes those seeking a light weight alternative to the popular MOBA titles will find it here. While the PC client was subsequently shutdown the game was brought over to the mobile platform where it thrived. 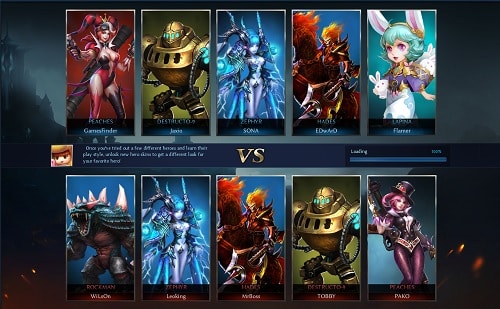 Heroes Evolved lets players battle it out on two different maps; The Altar of Strife which players will recognise instantly as the 5v5 MOBA variant. Complete with neutral monsters, 3 lanes and the river running through the centre of the map. Alternatively players can battle on the Valley of War, a single lane map that emphasis more action but will randomly assign your team 5 heroes.

Mechanically Heroes Evolved is comparable to all the other MOBAs on the scene with your objective to destroy the enemy teams base (called the aegis), the ability to spawn super minions by destroying the barracks and a rotation of 13 free champions each week.

Don’t be fooled into thinking Heroes Evolved is simply an extremely slimmed down version of the bigger MOBA games though with a feature listing including a Glyph system to customise your hero strengths, bot games, replays, a basic ranked system, medals for your champion achievements and even custom name plates that will pop up on the screen after you perform certain actions within a game. 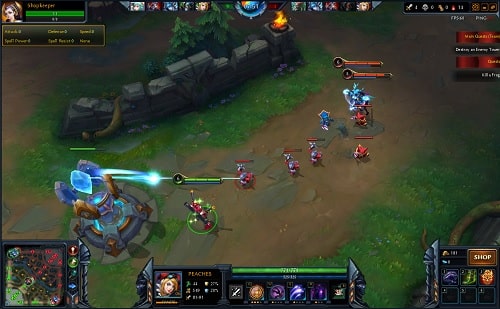 Stat and item wise Heroes Evolved simplifies most things with a smaller pool of items that are focused around three key stats of agility, strength, and intelligence. Agility is used to boost armour and attack, strength for health and HP regeneration and intelligence for magic damage and MP regeneration. Other stats on items include things like armour, life steal, spell steal, magic resistance and movement speed.

Overall Heroes Evolved is a nice trimmed down version of the best in the MOBA genre, while it will probably never reach the same level of balance or depth as League of Legends or DOTA it’s a good introduction to the genre or those seeking a MOBA that is less serious.

This review was first published on January 11, 2013. Read our update policy to learn more.