Choose your party of four adventurers and use them to reclaim humanity in Heroes of Steel RPG, a game available on multiple platforms that focuses on the combat elements of tactical role playing games. If you crave the combat of the genre but don’t want much of the extra content Heroes of Steel RPG is your ideal adventure. 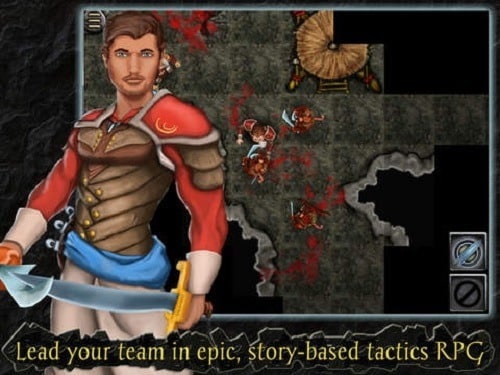 Set in a post-apocalyptic world full of medieval fantasy players join the ravished world as they seek to protect and rebuild the final remnants of society that has had to venture beneath the surface to scratch out a living.

To start your adventure players will create their party of four heroes which is fairly restrictive by typical standards. Each party slot is reserved for a particular character archetype with only two choices for each of these slots available. These slots force players to have a team made up of a fighter, mage, healer and rogue which each have their own utility, skills, growth and equipment restrictions.

While this does feel restrictive at the start the game developers have been able to finely tune the experience around this setup which does make the entire adventure very balanced but still very challenging. Part of this challenge comes from the fact that even a single fallen ally will result in a game over screen, although the game does take you back to the start of the fight so death isn’t all bad. 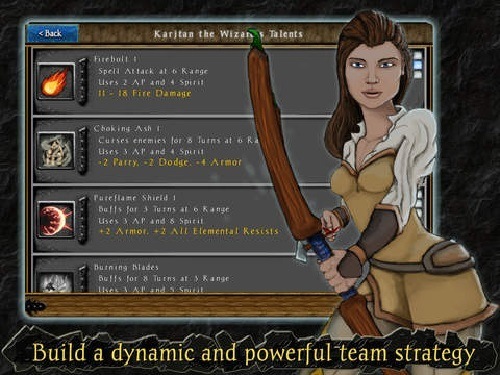 Having this balanced, enjoyable and challenging combat is important since it takes up such a huge portion of the game. While there is definitely lots in terms of exploration and story to absorb most of your time will be spent carefully agonising over your next move in combat.

The simplified approach to mechanics makes Heroes of Steel RPG perfectly suited to the mobile environment with very few other games offering the same level of content while maintaining a minimalist design.