Heroes of the Storm delivers Blizzard’s attempt at the popular Multiplayer Online Battle Arena (MOBA) genre supported by a wealth of characters from other Blizzard franchises to attract countless fans into the arena. With a healthy beta development period before a full release Heroes of the Storm is no exception to Blizzard’s approach to developing high quality games and opts to take the genre in new directions while still catering to the veteran crowd. 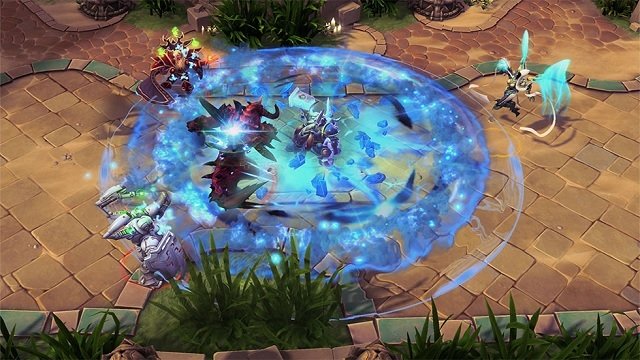 Often referred to as a hero brawler by it’s creators rather than a MOBA title Heroes of the Storm revolves around 5v5 matches where various Blizzard creations take the field of battle. You’ll have character options from the Warcraft, Starcraft and Diablo universe primarily which fill typical team roles from support, warrior, assassin and specialist while bringing their own skills to achieve their archetypes purpose.

It goes without saying that taking control of your favourite Blizzard characters such as Artanis, Auriel, Deckard Cain, The Butcher, Raynor and even Diablo himself amongst dozens of other major and minor characters is the best asset of Heroes of the Storm in terms of gamer appeal. In total you’ll have 88 such characters to command with the ability to further customise them through the usual array of skins but also mounts. 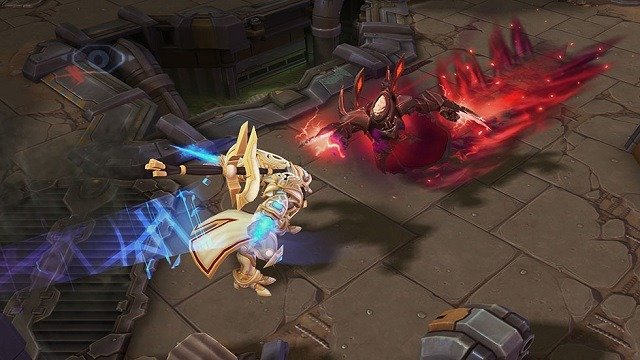 So where does Blizzard draw the line between more traditional MOBA games and it’s internally named hero brawler? First is the multiple maps that the game brings to the table (7 at launch) which goes beyond the standard map design of most titles. While most of these alternative maps have a similar 3 lane design the layout, objectives and settings are distinctly different and has created different map metas for additional variety, albeit a steeper learning curve.

This also plays a role in the second biggest shift away from the typical experience in the MOBA genre. Unlike other MOBA games where you’ll focus solely on pushing onward to your enemies base Heroes of the Storm focuses more around objectives on the map itself. These objectives help facilitate more action and bestow great temporary powers onto the team that is capable of controlling them. While not a new feature entirely with respective MOBA games having their own bosses the increased number of these in Heroes of the Storm ensures regularly objective battles. 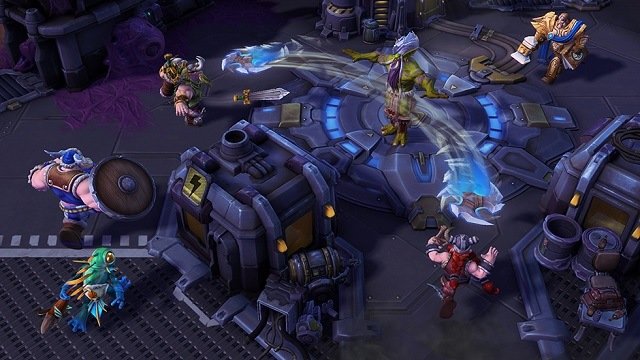 Beyond these two main unique aspects players will also quickly discover the lack of individual levels within each match with Heroes of the Storm instead opting for a shared team level which helps to keep characters at relatively equal strength and won’t let a teammate fall behind. With each hero starting with four abilities (3 basic and one trait) you’ll invest points every few levels to develop their power along with some milestones at level 10 and 20 in relation to heroic level abilities.

With various mercenary camps, minions, skins, ranked matches and even the ability to test your heroes before you buy rounding out the adventure Heroes of the Storm has everything you could want and more.

This review was first published on November 12, 2014. Read our update policy to learn more.

Heroes of the Storm