Hex: Shards of Fate is a MMO trading card game born from a very successful Kickstarter campaign, which at the time was just shy of the top 10 most funded video games on the platform. 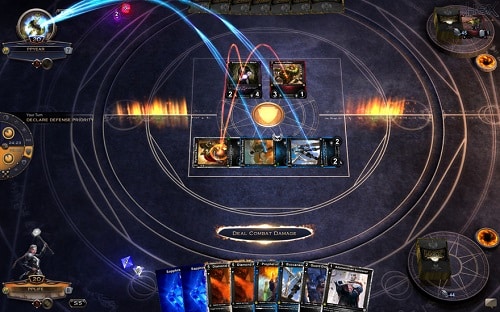 Hex borrows heavily from other card games which ensures a familiar formula is the foundation of this title. What Hex does offer though is additional features that add extra depth and longevity which eventually settle the game in the middle of casual and hardcore. Regardless of where you sit on this scale the well-designed tutorial will quickly bring you up to speed and give you a starter deck based on one of four races.

This race also determines your champion who each offers their own unique power and add an extra step to overall strategy. A champion can completely change the build of your deck and new players will do well by learning (and trying) what each offers.

Each match in Hex starts with the drawing of 7 cards from your deck which will are mostly split between Resource or Troop cards. Resources can be played once per turn and come in a number of forms, although most decks will utilise two such resources. These resources are then used to summon appropriate troops which have their own resource costs.

Ultimately your goal is to dwindle your opponents starting health of 20 to zero in order to win the match which requires you to keep your opponents cards at bay and ensure you have a clear path to attack their hero directly. Special abilities play a key role in this with nearly all cards having their own ability. 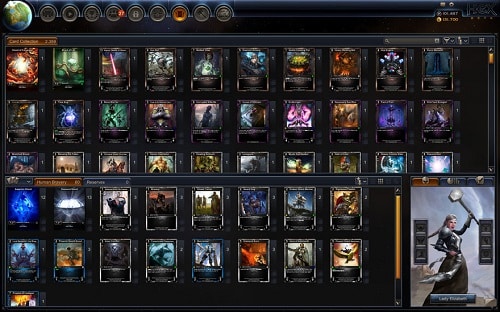 While PvP is where the long term depth of the game exists Hex also offers an impressive PvE campaign which will help you earn in game currency to improve and alter your deck without having to match up against a potentially stronger opponent.

Hex: Shards of Fate is easily one of the better trading card games around with solid mechanics supported by strong visuals and community.