Hidden Objects: Mystery Crimes gives away its two primary game mechanics right in the title; hidden object puzzles and mysterious crimes that need to be solved. Available only for iOS with a free price tag the game is similar to others in this sub-genre. Unlike some of the other crime titles on mobile devices though Hidden Objects: Mystery Crimes doesn’t limit itself to a single crime with multiple cases for you to explore and solve. 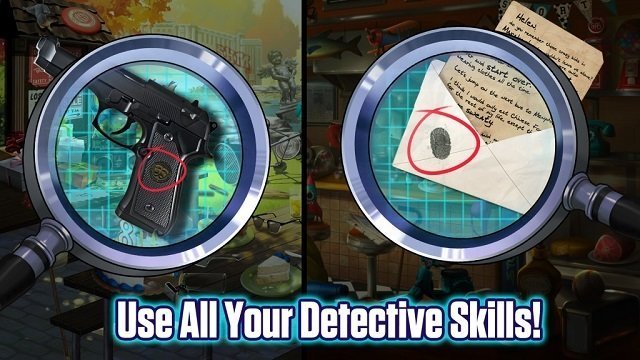 Jumping into the shoes of a private detective this free crime game throws a number of unique scenarios at you which all offer a similar logical crime puzzle. This overarching puzzle design requires you to figure out the motives of the suspects while finding the clues that will put them in jail and unable to cause any harm again for a long time.

To achieve this jail time though you’ll need to master a range of game mechanics including locating hidden objects within each location (from subway to outdoors), enhance the items you find with forensic investigation procedures such as hacking computers or interpreting documents. With some evidence obtained you’ll be able to move onto the interrogation portion of the game and ultimately compete against friends on the leaderboards. 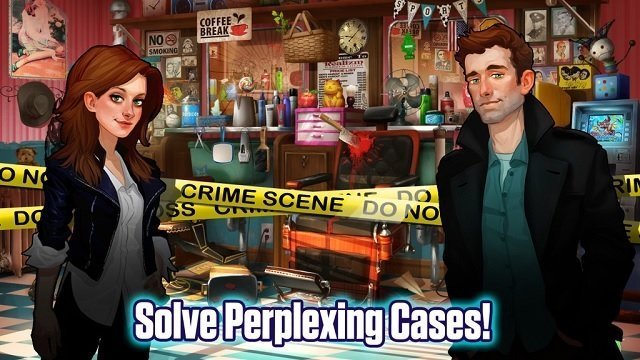 As if all that wasn’t enough players can even unlock their own canine companion for extra bonuses in Hidden Objects: Mystery Crimes and gives you that sense of a living and breathing world as your partner supports you in cracking the case wide open. Finding objects is still the staple of gameplay and is supported by great artwork and level design such as one of the diner levels that somehow packs an insane amount of weird items.

Hidden Objects: Mystery Crimes is slightly faster than comparable games with time based bonuses within the hidden object portion of the game for players that can quickly snatch up multiple hiding items. While it doesn’t have a huge impact on gameplay it does factor into bragging rights through the aforementioned Facebook leader boards. If you’re a regular of such games having the bonus for working fast is a nice reward for your object locating talents. 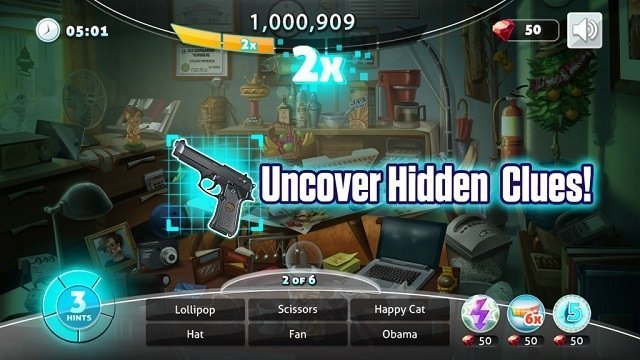 While everything is generally fun and well designed there is one unfortunate element that becomes painfully obvious the more you advance. This is the three currency system that requires you to manage energy (used for item hunts and clue searches), stars (used for interviews and clue analysis) and finally gems the premium currency that can speed up your forensic team or provide some powerful boosts in the individual game elements.

Awkward three currency system aside the gameplay of Hidden Objects: Mystery Crimes is fairly solid, it just has to be enjoyed in bite sized pieces which is a standard limitation of most free to play games in the current mobile environment.

Games Finder is a Steam Curator and featured in the aggregate review scores data of MobyGames and Neoseeker.
FEATURED ON
Games Like Criminal Case, Games Like Gardenscapes
LEAVE A REPLY Cancel Reply