Build a team of heroes to face the deadly forces of chaos in HonorBound RPG, a turn based strategy game that lets you form your own team of unique fighters with their own abilities. Offering a dark campaign to adventure through, PvP and regular PvE events HonorBound RPG is a traditional RPG with light MMO features for the mobile environment (iOS and Android). 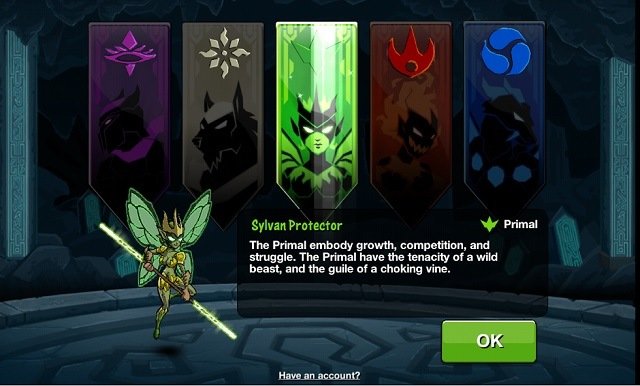 Choosing from one of five starting characters that come from their own elements you’ll witness the power of chaos first hand as you go through the tutorial. Upon completion of the tutorial you’ll gain your first hero to stand by you in battle, with the option to eventually have 5 heroes on the battlefield at once. Heroes are the lifeblood of your HonorBound progress with a typical rarity setup that spans mythic, legendary, epic, rare, uncommon and common tiers.

In turn each hero brings their own stats, abilities and resistances that grow overtime as they level up in battle or upgraded through duplicates. The most important decision you’ll make though in HonorBound though lies within the class selection with clerics, archers, wizards, knights, rouges and warriors that have their own role in team compositions for battle. 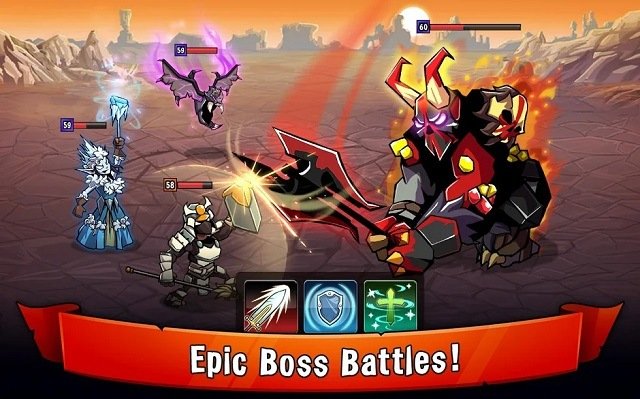 These battles take place within the individual campaign levels that can be selected from the overworld map and only occur when the player encounters an enemy while walking. Once a battle is engaged the game switches to a turn based experience where you’ll command your units in turn to attack an opposing unit or activate one of their skills instead.

While early levels don’t venture much beyond basic attacks once a team of 5 is under your control you’ll find a bit more thought goes into each of your decisions especially when the bosses and their mechanics are factored in. Replaying old levels like other mobile RPGs is also a theme in HonorBound RPG where you’ll earn rewards and experience for tackling already beaten levels manually or with the auto fight option (once beaten manually). 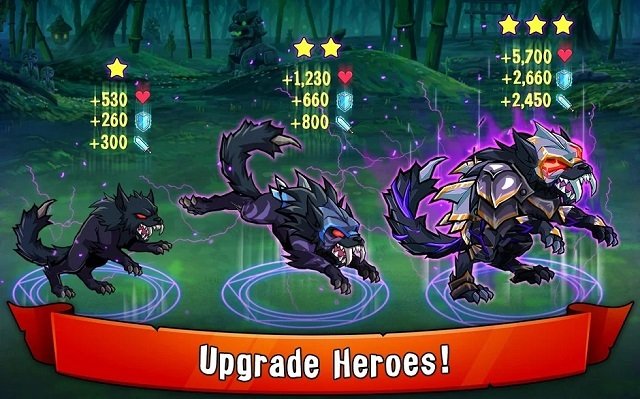 Outside of battle you’ll also have strategy in terms of research that you perform to provide hero boosts while also unlocking new map locations. This pairs with decisions on how you build your team and split the items found throughout your adventure across your heroes to give you some strategic decisions in your battle down time.

The biggest negative you’ll come up against in HonorBound is the energy system which doesn’t apply on level selection and instead on each movement you make within the level. While this is overcome early with level ups it quickly becomes a chore and prevents you from enjoying the game for long lengths of time and feels out of sync with the normal implementation of this mechanic in the genre.

Games Finder is a Steam Curator and featured in the aggregate review scores data of MobyGames and Neoseeker.
FEATURED ON
Games Like Brave Frontier, Games Like Heroes Charge, Games Like Idle Heroes, Games Like Summoners War
LEAVE A REPLY Cancel Reply