Explore a unique world of machine like animals in Horizon Zero Dawn an action role playing title with a futuristic and dystopian setting unlike other adventure games with its blend of primitive and advanced technology. Initially a PlayStation 4 exclusive title Horizon Zero Dawn was expanded outside the PlayStation universe with a Windows release three years after the games initial release. 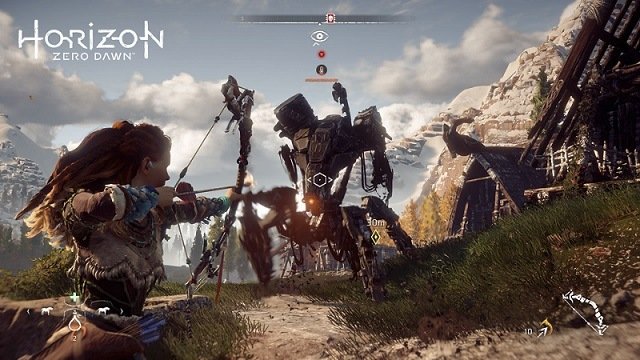 Playing as Aloy, a female hunter who lives within a world ravaged by robots players find themselves in a post apocalyptic western United States. Representing a time period approximately one thousand years from now where humans have returned to a tribal and primitive state due to an unknown event. The technology from the past from these “Old Ones” lies littered across the open world of Horizon Zero Dawn with plenty of opportunity for players to explore the ghosts of the past that lie within. While these machines have been historically peaceful with the remaining human population a recent shift called the Derangement has turned them into aggressive creatures with deadlier forms that now threaten human existence. With 4 different factions with their own thoughts, beliefs and specialities drawn together as a result of recent events Horizon Zero Dawn is setup for a game of conflict.

While playing as Aloy players will experience all of these tribes as they pick up control soon after an occultist attack on a Nora settlement who initially cast players out at birth leaving them to be raised by the outcast known as Rost. With Aloy’s augmented reality device implanted as a child Aloy is not your average human in the world of Horizon Zero Dawn with the Focus device giving her additional and heightened abilities of perception. Utilising this device players attempt to learn more of their origins and re-join the Nora faction by participating in a challenge known as the Proving which after successful the cultist attack occurs with players having a face to face encounter with the cultists leader who also has a Focus device. Kicking off a broader plot to understand your origins and seek out revenge you’ll embark across the region to a number of historical locations that hide the truth of the Earth’s fall. 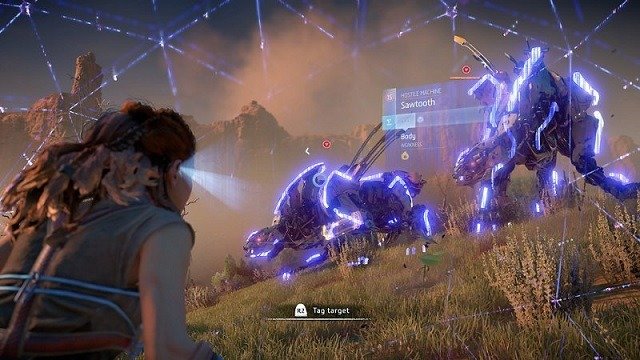 Aloy herself relies heavily on her bow to battle the various machines and humans but can also call upon traps such as tripwires and explosives for ambush attacks. With traditional RPG mechanics behind this combat each kill grants players some form of resource which is useful in crafting ammo and weapon upgrade to tackle higher tier foes. With dozens and dozens of resources with their own source from the world you’ll always be on the look out for that next animal or machine to hunt to build your next item or sell them for the common currency of Metal Shards.

Players will also grow in strength as experience is earned in the three skill trees (four with the Frozen Wilds game add-on). Known as Prowler, Brave, Forager and Traveller these skill trees provide stealth, damage, resource utility and mounts respectively. While the diligent player can nearly max all of the skills in these trees in practice you’ll need to pick your focus for the early to mid game of Horizon Zero Dawn to suit your intended playstyle. 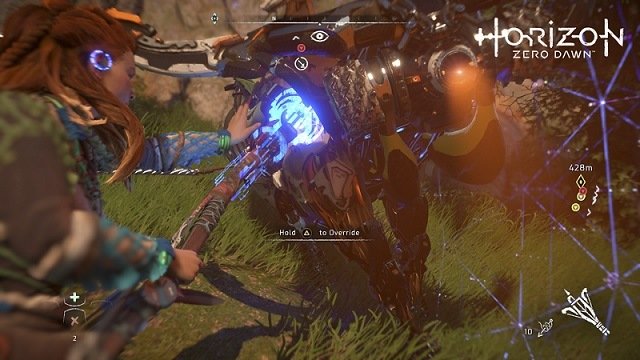 Other gameplay mechanics featured in Horizon Zero Dawn include a vast array of side quests, a location based damage system that encourages careful placement of attacks through your Focus device, the ability to override and mount some machines and general character customisation. With its unique setting, great variety of monsters and plenty of side activities to engage in, Horizon Zero Dawn is a high ranking unique title in the RPG genre.

This review was first published on August 24, 2017. Read our update policy to learn more.