Be the lord of your own medieval castle and make it the most efficient one in the vast kingdom of players by accepting and assigning your subjects to their ideal duties. Through optimisation comes success with Hustle Castle: Fantasy Kingdom allowing players to build a castle of their dreams, crush enemy invaders and conquer the whole fantasy world from their pass of operations. Available for Android and iOS players can experience Hustle Castle: Fantasy Kingdom for free as they grow a fortress to deny their rivals and acquire endless treasure in the process. Following the successful mobile release the game was also made available as a downloadable Windows game client. 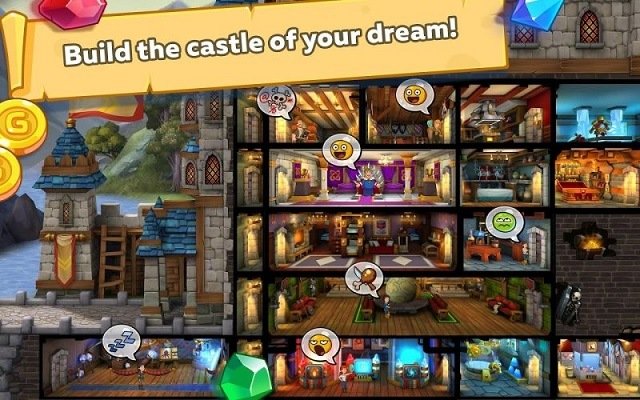 Hustle Castle: Fantasy Kingdom lets you live out a fantasy life where you own a castle within your mobile (or Windows) device with clear inspiration from the likes of Fallout Shelter where you’ll slowly expand your castle upwards with unique rooms and dwellers. With the dark Abyss Lord lurking in the shadows of the kingdom you are in need of defences and more importantly an offensive movement to ultimately save the Princess of the land. It’s a simple framework for the game story but it does its role just as well as any other mobile title in the construction gameplay focused genre.

Your base of operations is of course your magnificent castle fortress which grows with the number of hours you put into the game. This growth is driven both by your idle time away from the game as your dwellers continue to generate resources for you alongside active gameplay sprints where you spend resources to expand and optimise further. Starting you with a traditional tutorial players will learn the basics of Hustle Castle which includes building your barracks and training the first units of your army which is undertaken by one of your own knights, Donald the Glorious. Beyond the barracks players will also build the likes of the treasury and blacksmithing which generates alternative game currencies for further expansion and new options for army growth. 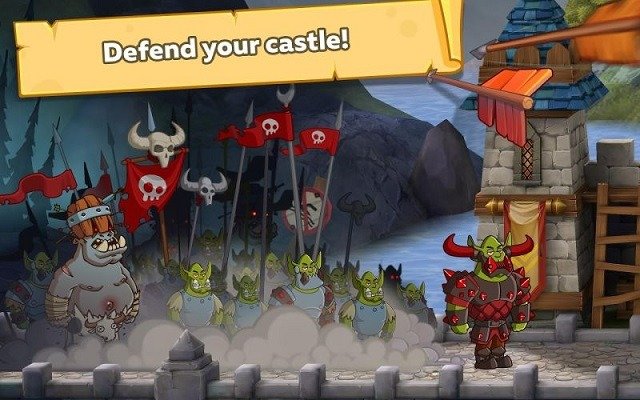 Hustle Castle: Fantasy Kingdom bases itself heavily around a campaign of over 100 missions where you’ll use the resources of your kingdom to fight off all manner of evil foes be it orcs, skeletons, dragons and the occasional giant. All throughout the campaign you’ll focus on castle construction to grow your fortress with new rooms and improve the existing ones that allow you to be better equipped for the threats ahead. Be it the Dining Hall that provides food for battles or the Treasury that produces gold for building and upgrading rooms it is a constant balance of your production to optimise progress.

To occupy these rooms you’ll also be recruiting and developing villagers referred to as dwellers to make the most of these rooms and even equip them with appropriate gear to optimise further. Keeping dwellers happy by meeting their wishes and winning bottles can provide small but vital enhancements to gold and food collection that can leapfrog your progression. Not all dwellers are built the same though with several different categories of proficiency and 5 star ratings to also consider when determining the optimal progression path. Proficiencies for dwellers include treasury, cook, alchemy and fighter which can be individually trained later in the game when you construct the appropriate training room. 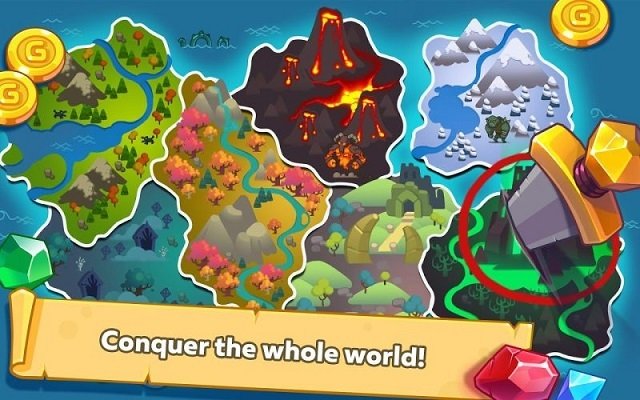 These proficiencies are also closely related to dweller attributes and further enhanced with equipment you craft or find during your adventure with damage per second, armour, production, dodge and critical chance. Like most games in this genre the guiding hand of Hustle Castle: Fantasy Kingdom quests will guide your kingdom progress in the right direction and push your progression through the right order.

Games Finder is a Steam Curator and featured in the aggregate review scores data of MobyGames and Neoseeker.
FEATURED ON
Games Like Fallout Shelter, Games Like Tiny Tower
LEAVE A REPLY Cancel Reply