Hyper Light Drifter is a fast title available across popular platforms that will rekindle memories of the likes of the Zelda franchise although features combat more in tune with the difficult Dark Souls series due to the difficulty and pace you’ll have to adopt to dodge attacks that come your way. The result is an interesting action adventure and RPG blend that paired with the impressively simple design is a visual and mechanical treat to experience on all the released platforms. 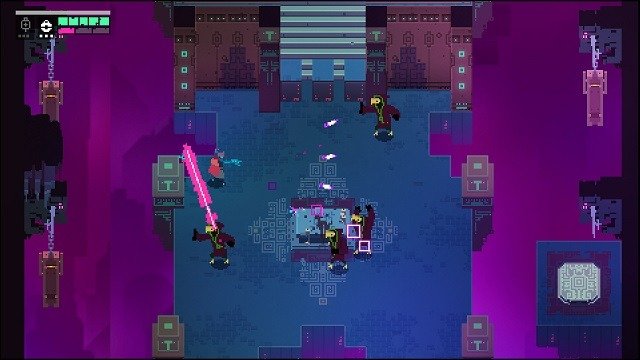 Presentation of story in Hyper Light Drifter is minimal in terms of words and instead the game uses other methods to set the stage for your wandering adventure and character. The gist is you’ll play as a Drifter, a collector of lost knowledge who is plagued by an unnatural illness and on the hunt through ancient locations to find something to rid himself of this plague once and for all. While little is revealed about your own origins and how you came to be plagued some clues are littered throughout your journey to help you understand the lore behind yourself and the game world you are seeking the lost knowledge from.

Accordingly this quest will take you far and wide as you fight all sorts of monsters and encounter ancient technology throughout the large array of dungeon locations that need to be cleared. Players are equipped with a trusty energy sword which can be enhanced with additional modules to both alter your playstyle and even reach new areas in a Zelda like fashion to exploration. These powers also tie in closely to the gear and outfits of Hyper Light Drifter which increase the speed of various actions or interact with your damage and health in various ways to create your ideal character setup. 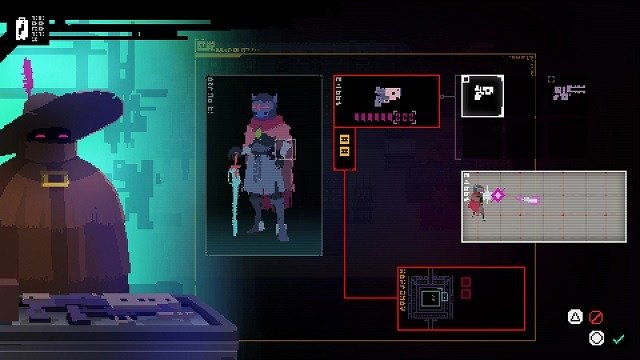 Other weaponry that features commonly throughout the game are typical of the video game industry with ranged weapons (guns) and a healthy assortment of area based attacks to deal with crowds of enemies. Utilising all of these is vital in Hyper Light Drifter due to the growing potency of enemies both in numbers and tactics that they use as you delve deeper into the dungeons for your cure.

In traditional Dark Souls style players are encouraged to master the cycles of attacks that enemies use in order to carefully plan when to play defensive and when to flick over to aggressive gestures instead and use the opportunity to dispatch the enemy. Most of your enemy encounters have a dark cult like spin to them with dark rifleman, vulture acolyte and vulture shamans pairing with beasts like the crystal brute or plant beast. No game would be complete without bosses and Hyper Light Drifter features over half a dozen varied challenges with their own unique dark designs. 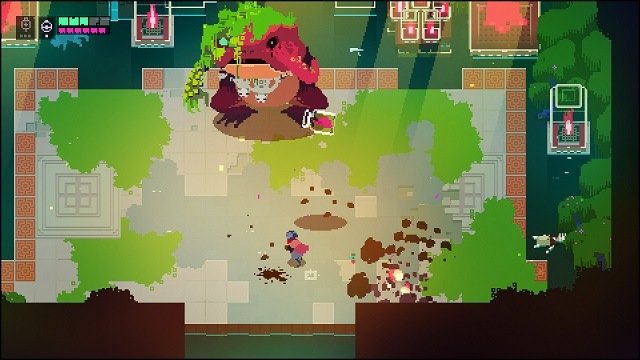 The entire Hyper Light Drifter adventure is wrapped up with some beautiful game art and strong soundtrack but at the same time is let down by a few nagging game elements that artificially inflate the difficultly and will cause some frustration on your path to overcome them.

Games Finder is a Steam Curator and featured in the aggregate review scores data of MobyGames and Neoseeker.
FEATURED ON
Games Like Dark Souls, Games Like Zelda
LEAVE A REPLY Cancel Reply