I Am Alive belongs to the survival horror genre and lets players explore a decaying and dangerous game world very similar to other post-apocalyptic games. 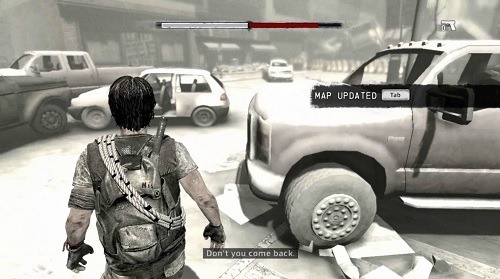 Players join the game a year after a cataclysmic event that destroyed many American cities with earthquakes and other natural disasters. As you would expect these events led to a massive shortage in resources for the population leaving many citizens to die in the aftermath or turn to violence in order to meet their needs.

In the game players join the protagonist in his final attempt to reach his old apartment, a journey that has taken him a year. He’s travelled the distance to try and reconnect with his wife and daughter who he was away from when the event hit. Upon reaching your apartment the player connects with other survivors and ends up assisting them while still on the hunt for his family.

Gameplay uses a third person perspective with an emphasis on exploration and platform like elements. Large parts of the game require the player to climb around their surroundings and manage their stamina accordingly. 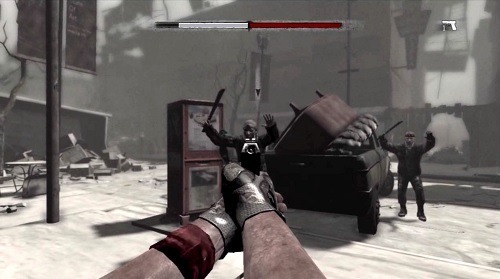 This stamina decreases every time players perform climbing or jumping actions and if players over exert themselves they will fall or decrease their maximum stamina until they can recover through food items. Careful use of stamina is rewarded with access to hidden areas that hold the best supplies caches of the game which is an important aspect of survival.

Combat options are fairly open to the player with a focus on melee combat with stealth options often offering the best result for the player. A key feature of the combat is the ability to bluff enemies with your pistol (whether it has bullets or not) which can make them leave the player alone.

Games Finder is a Steam Curator and featured in the aggregate review scores data of MobyGames and Neoseeker.
FEATURED ON
Games Like Resident Evil, Games Like Silent Hill, Games Like The Last of Us, Games Like Tomb Raider
LEAVE A REPLY Cancel Reply