Ib is psychological horror game released in 2012 by the Japanese artist kouri (and subsequently translated by vgperson). The game features a top-down perspective and is set in an eerie art museum with the main goal being escape. 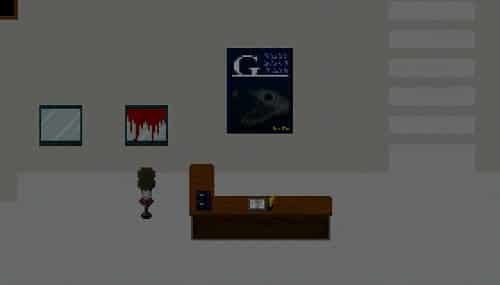 The game is named after the main protagonist Ib, a nine-year old girl who is brought to a museum with her parents. While wondering off on her own Ib comes across a painting that seems out of place and beyond understanding at which point a power outage abruptly occurs leaving the museum empty and the doors locked with Ib still trapped inside. From here Ib makes her way to the painting of the deep sea which she enters and finds herself in a foreign and mysterious world. Through exploration she discovers Garry, a young adult and Mary an eccentric girl close to Ib’s age.

Gameplay in Ib is centred around exploration and interaction with the game world, accordingly the game doesn’t require quick reflexes allowing it to be enjoyed by a broad audience. Much of the game is spent overcoming obstacles that block your path through various means while also avoiding enemies and traps along the way which will deplete the players health on contact, if you’re health reaches zero it is game over. 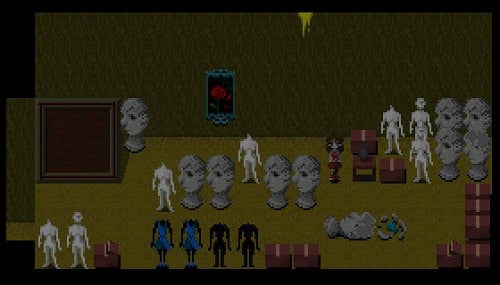 Assuming you can survive everything that the game has to offer you’ll enjoy one of five possible endings that each take the final scenes in totally different directions. Players will find two endings at either extreme which are generally referred to as the good and bad endings with three other endings in the middle that are more neutral and unique in nature.

With at least 5 different endings on offer this RPG horror game ensures you’ll get several playthroughs out of the experience, due to it’s atmospheric design you’ll also notice more and more subtleties with each time your replay Ib’s adventure.

Games Finder is a Steam Curator and featured in the aggregate review scores data of MobyGames and Neoseeker.
FEATURED ON
Games Like Mad Father
LEAVE A REPLY Cancel Reply