Ibb and Obb is built around the premise of being a co-operative puzzle game for your PlayStation 3 and accordingly is available through the PlayStation Store. While Ibb and Obb can definitely be played alone the design and mechanics makes this a significantly harder experience as control of both characters will be in your single hands which becomes increasingly difficulty as the puzzles intensify throughout the core levels and constantly evolving game world. 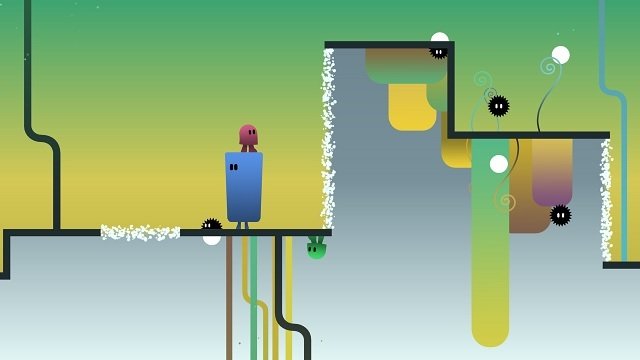 As the name suggests Ibb and Obb is based around two characters appropriately named Ibb (green) and Obb (pink) who each have their own abilities and uses in solving puzzles and cannot live without each other which requires players to keep them close together. In addition to staying close Ibb and Obb will need to avoid various obstacle hazards and strange creatures that can hurt and kill them restarting the level from the beginning.

At the centre of this puzzle adventure is a twisted sense of gravity that allows players to walk on both sides of the ground and serves as a repeating game mechanic from start to end. This allows the ground to become your new ceiling and vice versa requiring a shift in thinking from traditional puzzle titles. Reaching this upside down part of the game world can be done through various warp points although some are restricted to only one of the characters which is where having an extra pair of hands can help. 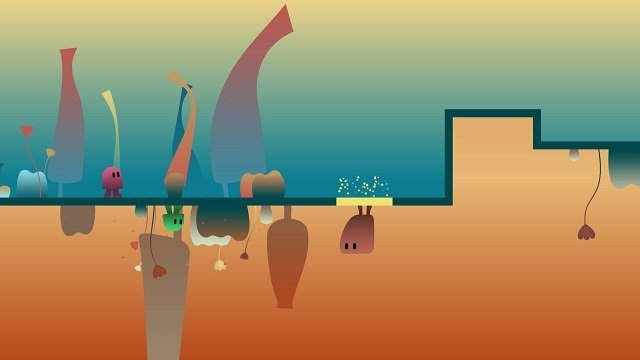 Character abilities are severely limited otherwise with players only able to control movement and jumping which can be enhanced by standing on each other’s head to gain additional momentum and provides an additional supporting mechanic to complete puzzle levels. In total players will adventure through just over a dozen levels with an additional 8 secret levels that can be unlocked.

Despite the deceptively simple fundamentals of Ibb and Obb it is definitely a puzzle game that you learn by trial and error rather than careful planning. Death (lots of death) is to be expected as you make your way through the environments that slowly require better reflexes or more consistent swapping of floor as the game lacks any other form of puzzle mechanic progress. With the high death count you are likely to encounter there can definitely be moments of frustration for those players that aren’t able to focus on the fact that each death brings you one step closer to the solution. 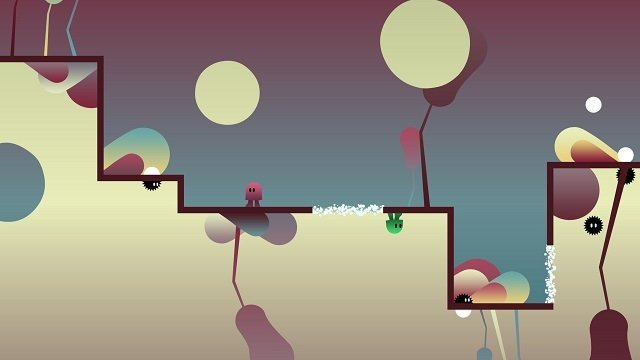 Without a friend to command the other character Ibb and Obb loses some of its charm as solo players will find they simply don’t get the same experience while vastly altering the difficulty and general game flow.

Games Finder is a Steam Curator and featured in the aggregate review scores data of MobyGames and Neoseeker.
FEATURED ON
Games Like Limbo
LEAVE A REPLY Cancel Reply