Ico (ICO) mixes puzzles and action-adventure like many games before it but does so more impressively than most. With Team Ico behind the game, who has a strong history of development the PS2 title was eventually bundled with Shadow of the Colossus for release on PS3. 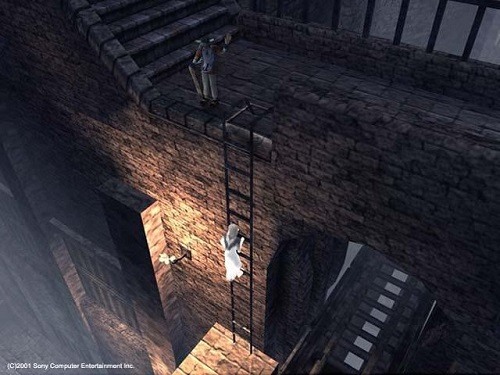 Playing as a young boy named Ico that was born with horns and banished to an abandoned castle by his village. Upon exploration players uncover Yorda, a girl who does not speak the same language but appears equally desperate to escape the situation. As the pair attempt an escape they are blocked by the Queen who rules over the castle and her shadow creatures.

This journey sees players combating the shadow creatures with their blade and guiding Yorda through various puzzles and obstacles. Opting for minimal dialogue the game and unique lighting techniques Ico walks that line between art and video gaming which saw it captivating gamers and reviewers alike and has since seen many other titles attempt to offer a similar range of mechanics. 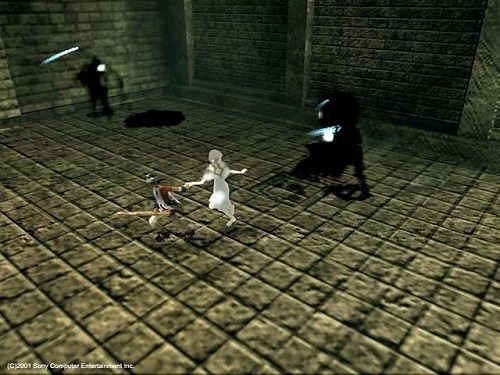 These mechanics include having Ico push items, climb ledges, jump and solve other types of puzzles throughout the castle. While Yorda will follow players she can also be commanded to stay in place but can never adventure too far away as she is required to open certain doors. Additionally Yorda doesn’t share the same flexibility as Ico with limited movement capabilities, requiring players to alter the environment as necessary.

Similarly Yorda is not capable of fighting back the shadow creatures and if taken away will be sucked into a vortex if players cannot dispatch the shadows quickly enough. If you leave Yorda for too long and she is fully sucked into these vortexes the game will end from the latest save point. With these shadow creatures ignoring Ico, Ico’s only death comes from large heights.

Games Finder is a Steam Curator and featured in the aggregate review scores data of MobyGames and Neoseeker.
FEATURED ON
Games Like Journey, Games Like Prince of Persia, Games Like Shadow of the Colossus
LEAVE A REPLY Cancel Reply