#IDARB is a strange but enjoyable mixture of fast paced brawl action and various sports that sees teams of between 1 and 8 players compete against each other on Xbox One, Xbox X/S and Windows 10 (with an Xbox compatible controller). Designed with eSport competitiveness in mind for your friend group #IDARB is an ideal option to add to your regular game rotations of competitive games. 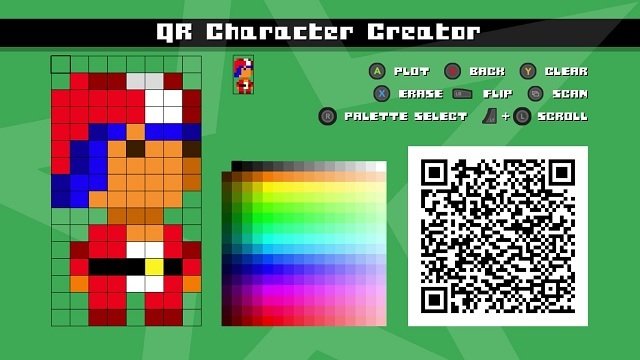 Customisation is one of the foundations of #IDARB (which stands for It Draws a Red Box) with players able to customise their pixel characters, team logos and even the theme music that will play for your character which helps build that sense of loyalty to your team. This customisation can also be a great way to frustrate your opponents (friends or online random player) with fancy high pitch tunes. All of these customisations can also be easily shared through QR code allowing you to give others your creations for their own accounts.

Second to this customisation is insane speed as the other foundation which combines with combos to see up to 8 players jumping around the multi levelled game arena at dramatic pace. While this makes 4v4 the obvious game mode all other modes are equally supported and allow you to play regardless of friend numbers (even imbalanced teams). 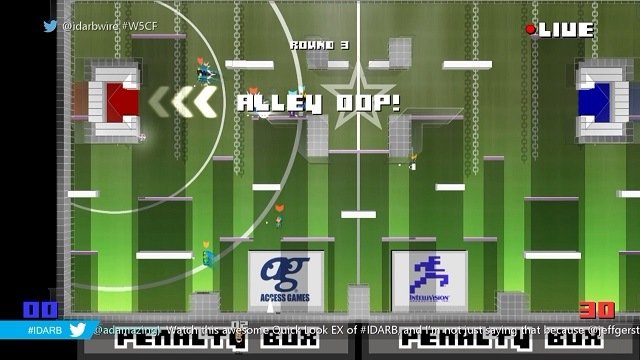 Given the speed of the game and the various mechanics that lie hidden beneath the surface you’ll have learning curve after learning curve to master. This is particularly effective when you and your friends start the game at the same time as you’ll come up with strategy and counter strategies each game as new mechanics are discovered and in turn mastered. When a plan does come off just right #IDARB provides immense satisfaction, even more so when you’re playing together with friends locally.

So what is your actual objective in #IDARB? Your objective in #IDARB is to guide the game ball into your teams goal by shooting, bouncing and stealing the ball straight out of your opponent’s hands. More points are awarded based on things such as ricochet and alley-oops but can be more risky and sometimes not worth the risk when you’ve got an open shot at goal that provides an easy single point. As you can envision while this core objective is unchanged based on player count the strategies involves are materially different. 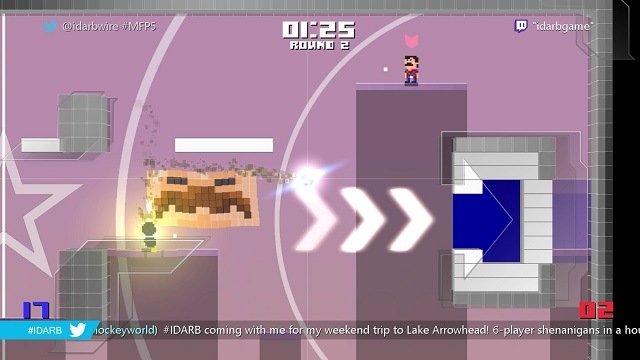 The playing field for each game stays the same and while this might sound like excessively repetitive games are the result it’s actually more akin to the MOBA genre where mastering the map is just another component to learn and doesn’t detract from the game. It also narrows the learning curve to mechanics and rewards mechanically practice rather than the luck of the draw through a random map that favours your strengths.