Idle Heroes offers plenty of progression with a blended mix of action and idle gameplay as you collect your own heroes to conquer the campaign levels. Available to play for free across iOS and Android devices Idle Heroes gives you that sense of progress on a regular basis and is ideal for mobile gamers that want to play in short bursts throughout the day. 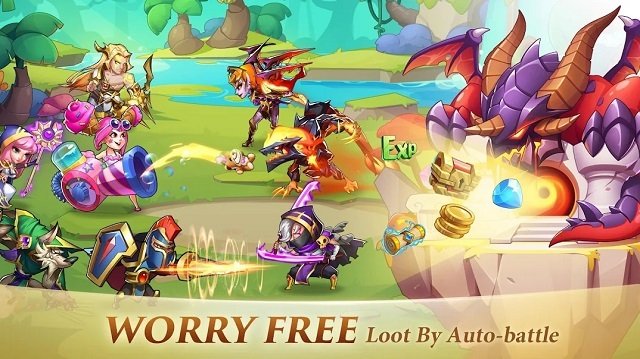 After first login and setting up your user account players are unleashed to the game screen of Idle Heroes which includes the summoning circle where you can call in heroes of basic and heroic forms. Like other games that blend idle and hero collection these heroes are vital to your success as they fight for you in battles which can be performed for free at certain intervals or with the assistance of scrolls. With your first heroes summoned during the tutorial you’ll move across to the campaign portal and engage in your first battle of countless ones that lie ahead.

Battles in Idle Heroes can be done through auto battle although there is still some strategy at play here with players filling up their 6 combat slots (2 front and 4 back) from their hero pool. This means you’ll have to consider the individual hero strengths and if players can mix and match the 6 game factions correctly you’ll also receive a bonus to your hero stats. Paired with hero training and equipment this gives Idle Heroes a three pillar approach to strategy and power level that give you different aspects to focus on. 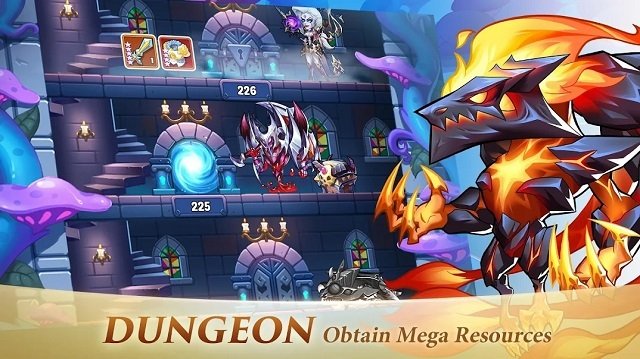 Said hero factions range from shadow, fortress, abyss, forest, dark and light which also have percentage bonuses against each other when they face off in combat. From 1 star to 10 star heroes each has their own visual design and theme such as Ithaqua the shadow assassin who is the master of PvE damage over time abilities. Each hero has health, attack, defence and speed values along side important considerations of where there attacks hit such as random, all, front or back enemies, crowd control effects and other team utility like heals. Class also plays a role in these theme with heroes belonging to classes like mage, ranger, warrior, assassin or priest.

The usual paths for progress are included in Idle Heroes with the ability to upgrade your heroes into stronger forms with the loot from levels while also using equipment to empower them further. Equipment falls across weapon, armour, shoes, accessories, artifacts and stones that impact your attributes such as attack or health and are further enhanced if you can obtain an entire equipment set. 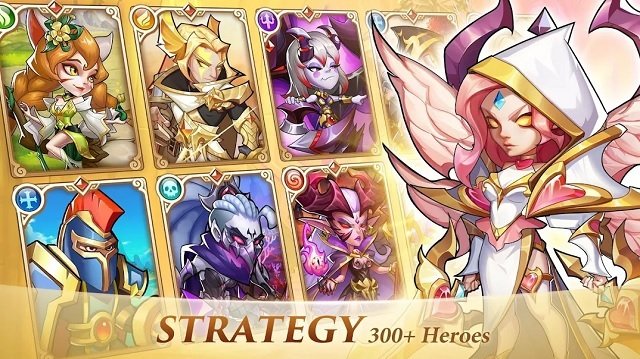 Those that plan ahead and use their resources efficiently will be handsomely rewarded as a result. As teams get stronger and players team strength increases rewards from stages can be automatically collected to severely cut down on the engagement required to advance across the core campaign challenges and various in game events.

This review was first published on June 24, 2017. Read our update policy to learn more.

Games Finder is a Steam Curator and featured in the aggregate review scores data of MobyGames and Neoseeker.
FEATURED ON
Games Like Heroes Charge, Games Like Summoners War
LEAVE A REPLY Cancel Reply