Idle Town allows players to mix active clicking and idle gameplay while creating their own thriving city of continued growth on their Android or iOS device. Tap or idle your way to housing wealth with a simple but still highly addictive addition to the genre which is perfectly suited to the mobile landscape. 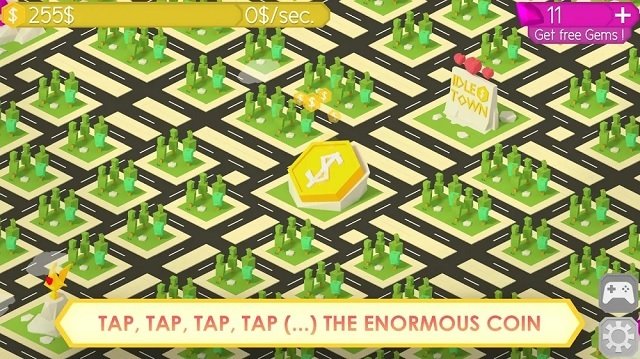 This simple premise of Idle Town requires players to tap on the large coin in the middle of their digital city which allows generation of a steady stream of virtual income. While starting at only $1 per tap like most games in the genre this can quickly be upgraded so multiple dollars can be earned with a single tap of your finger resulting in exponential income growth alongside the same exponential growth of upgrades.

Alternatively for those that prefer having idle benefits alongside this active gameplay investment in their city buildings will allow for some idle generation although this generally is not a viable sole source of income until the later stages of the game. This includes building businesses like the humble lemonade stand and kiosk which will help drive passive income incrementally upwards and can be built in mass or upgraded individually to boost income. Each of these buildings has their own unique building designs which while basic can still help you create that sense of customised city. 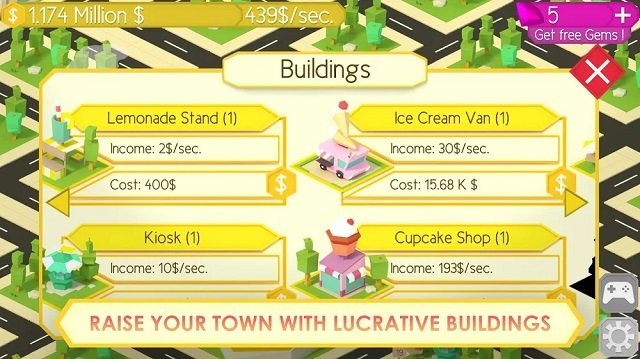 Alongside these custom placed buildings players will find some buildings that aren’t under the players control and are pre-built in certain areas to offer the player access to specific game features or extras. While this is a neat idea it can be annoying having to find and click on the building that governs a certain game mechanic when other games offer all of this in one convenient menu. Unfortunately this design also carries over for user placed buildings where you’ll have to find the building you want to upgrade and click on it to complete an upgrade which is particularly difficult on smaller devices as you start to fill up the screen with your desired buildings.

To provide that extra layer of progression Idle Town also includes a large list of in game achievements that are not only to complete your collection but also provide practical benefits to players. These benefits include things such as giving large boosts to your tap income or achievements that provide global boosts to certain stores once you reach a certain number of that store type constructed. Achievements can also award a healthy amount of premium gem currency and despite being once off gives you just enough to make some meaningful purchases without having to spend real money. 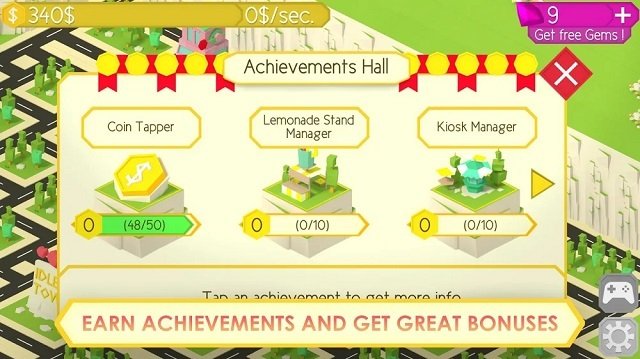 This premium currency is key to power-ups and a small group of VIP buildings with passive benefits that are more powerful than the non premium buildings and thanks to the aforementioned hand out of premium currency are generally available to free playing players who actively chase achievements.

Games Finder is a Steam Curator and featured in the aggregate review scores data of MobyGames and Neoseeker.
FEATURED ON
Games Like Adventure Capitalist
LEAVE A REPLY Cancel Reply