Illyriad offers a strategy experience that anybody can pick up and play in their browser for free with a later Steam release. After a brief beta period in 2010 the game made its full launch in 2011. 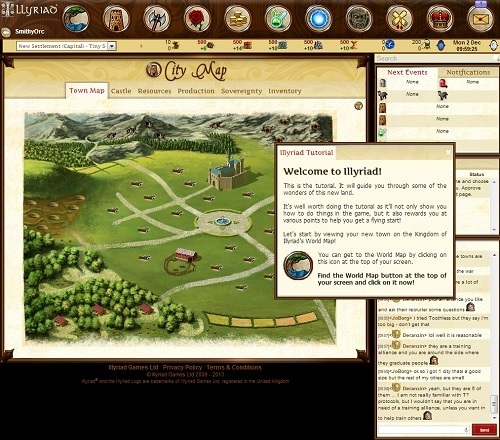 The setting of Illyriad is fantasy and features all the usual culprits including humans, dwarves, orcs and elves. Each of these races can be played by the player and come with their own strengths, weaknesses and thus strategy. This world is full of detail and offers a crazy amount of depth for players to explore through buildings, units, research, equipment and NPC factions. The game world itself is split into millions of squares making it one of the larger games available.

While most of the gameplay in Illyriad is fairly typical of the genre (players start with a small civilization and expand it by collecting resources and engaging in battle) it uniquely offers no set goals or win conditions like other strategy MMOs. Instead Illyriad focuses on providing an ever changing single game world that always has a new adventure for players.

Combat and technology are the two main features in Illyriad that set it apart from similar games. Military units can come in all shapes and sizes so it’s easy to create an overall strategy that works for you. This is enhanced by the large number of options when approaching a player or NPC town which allows you to attack them directly, try to occupy them or siege them. Players must also consider the terrain of the battle which offers advantages and disadvantages to certain unit types. 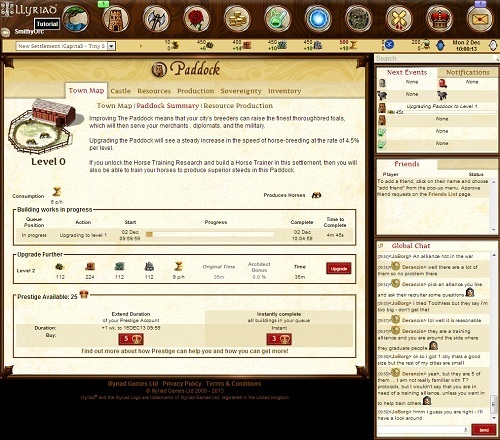 The technology tree is as equally impressive with over 400 different technologies split across several different areas. Do you prefer to have a solid city foundation? Then you can focus on city upgrades while a more military focused player will want to grab the large number of unit upgrades instead. Because the game technology system works on a per city basis players can develop military, diplomatic and trade cities across their empire.

Illyriad brings a lot of great ideas and guiding principles to the genre which will no doubt see it become one of the staple games in the genre.

This review was first published on November 2, 2013. Read our update policy to learn more.

Games Finder is a Steam Curator and featured in the aggregate review scores data of MobyGames and Neoseeker.
FEATURED ON
Games Like Grepolis, Games Like Ikariam, Games Like Travian
3 COMMENTS
LEAVE A REPLY Cancel Reply