Revisiting the world of Imperial Hero this second version of the popular classic browser RPG adds a range of new mechanics and challenges for fans of the originally accessible title to dive into. Simple in design on the face of your adventure as you progress players will uncover a detailed array of role playing mechanics that allow you to customise your chosen hero for the constantly expanding difficult of enemies. 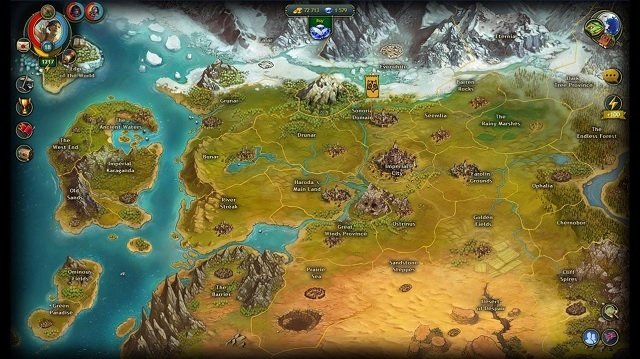 Starting Imperial Hero II with a traditional tutorial hosted by Sheila players will first establish their heroes identity from over a dozen portraits with a reasonable mixture of genders, face and hair designs to create yourself or an entirely fictional character within the game world. Said game world features familiar fantasy tropes with a legend of the Blood Crystal underpinning your adventure where the last great Sun Emperor sacrificed themselves to cleanse a civilisation that had parted from the light. Engulfed in never ending conflict and evil a hero (the player) is born into the world to help return the world to a place of peace and hope.

Your Imperial Hero II adventure starts as a grown character suffering amnesia and found in the woods by the local priest Sheila which provides the ideal backdrop for a tutorial and your subsequent as you remember how to interact with the world. From this tutorial players will find themselves equipped with knowledge of inventory management, questing, levels, attributes and skill points before being fully released into the harsh Ayarr Empire which is where the endless conflict rages. 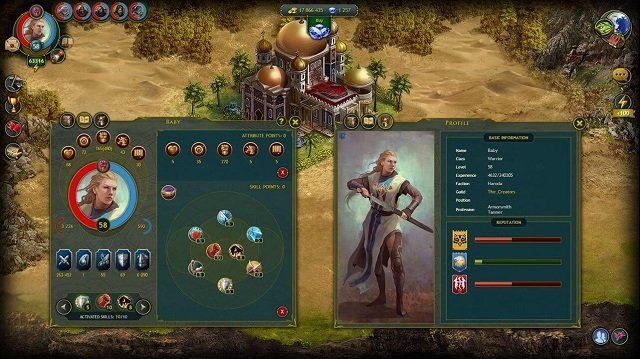 Primarily a quest driven game Imperial Hero II focuses on players helping out their small town which consists of the Tavern, Weapon Shop, Armor Shop, Jewellery Shop and Healer which grow your available mechanics and in turn power level for growing threats. These quests primarily will take players out into the wilderness to battle against monsters either for item drops or to prevent a threat which makes the area safer for a time but also attracts increasingly powerful monsters to squash the emerging hero.

Each of these battle sequences is paired with some simple background along with rewards of stamina, experience, gold and items that you can funnel into your character and the thriving city around you. While there isn’t a great deal of variety here the quests serve their purpose of giving some context to your adventure while taking your around the locations and lore of Imperial Hero II. 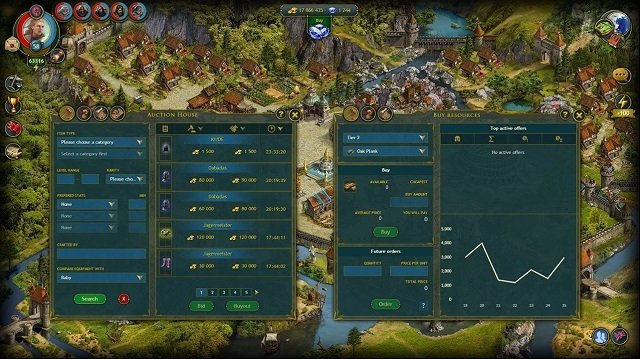 Where you’ll find the depth and real enjoyment of Imperial Hero II is in the character RPG features and growth which sees you growing from a humble adventure with only a staff to a mighty warrior with a party of highly trained fighters with all manner of equipment and skills. For a browser game the RPG elements are particularly satisfying with each level allowing you to add attributes points across vitality, dexterity, strength, agility and intelligence along with a class related skill so your character feels like your own.

This ties in closely with a solid item upgrade system that uses various equipment slots, different stats on each item and even crafting to ensure you extract the maximum damage and armour from each available slot. This is particularly vital as Imperial Hero II utilises an automatic battle system for its combat similar to other browser RPGs and so your chance of success is highly driven by the decisions you make before the battle.

This review was first published on January 4, 2014. Read our update policy to learn more.

Games Finder is a Steam Curator and featured in the aggregate review scores data of MobyGames and Neoseeker.
FEATURED ON
Games Like Heroes Charge, Games Like Idle Heroes, Games Like League of Angels, Games Like Naruto Online, Games Like Wartune
LEAVE A REPLY Cancel Reply